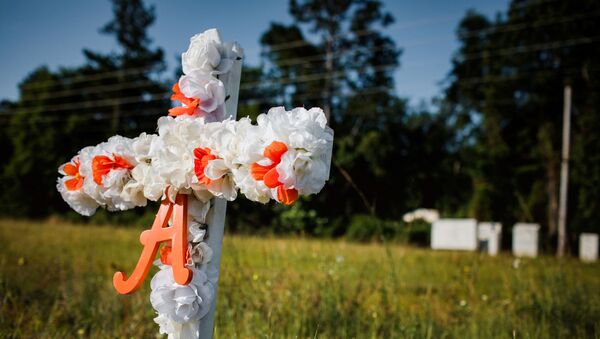 Speaking with the Atlanta Journal-Constitution (AJC) on Tuesday, local Diego Perez said that he made the connection immediately after arriving at the scene of the murder, which has been labeled a “modern day lynching.”

Perez, who had offered to watch a nearby construction site of property owner Larry English, explained that a motion-sensor surveillance camera had detected activity at the location on February 11. At English’s request, Perez went to investigate the situation and encountered Travis McMichael, 34, while approaching the site.

“Travis saw him in the yard and Travis stopped,” Perez told the outlet, referring to the man he believes was Arbery. “He confronted [the man] halfway into the yard. He said [the man] reached for his waistband, and Travis got spooked and went down the road.“

Perez noted that he was armed at the time, but it’s unclear if he brandished his weapon during the encounter.

However, it’s worth noting that according to a description provided to the Glynn County Police Department by English on February 11 and later obtained by ABC News, the “unknown black male” seen on camera was said to be a "lighter skinned black male, slender build,” between 5-foot-10 and 6 feet tall, who had a "twists/dreads hairstyle” around 3 or 4 inches in length. The report also noted the individual’s arms may have been covered in tattoos.

Arbery was around 6 feet tall, had a darker complexion and appeared to keep his hair close-cut. 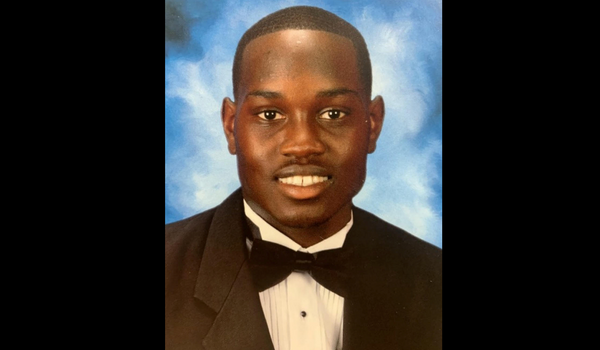 Ahmaud Arbery, who was shot and killed in Brunswick, Georgia, U.S. on February 23, 2020, is seen in an undated photo provided by Marcus Arbery
© REUTERS / Courtesy of Marcus Arbery

Perez told the AJC that there was no evidence that the man had disturbed anything at or around the site, but he did inform police of a car that he believes the individual got into before leaving the scene. Furthermore, no footage was provided to the McMichaels by English.

Before he and his son were arrested by the Georgia Bureau of Investigation (GBI) and charged with murder and aggravated assault earlier this month, Gregory McMichael had made loose reference to the alleged event referenced by Perez.

The 64-year-old, a retired member of the Brunswick Police force and former investigator in the Brunswick District Attorney’s Office, told Glynn County authorities that there had been multiple break-ins around his neighborhood and that Arbery looked like one of the suspects.

English has recently clarified that no crime was identified on his property and also expressed that he does not support the actions taken by the McMichaels.

"I don't want it to be put out and misused and misinterpreted for people to think that I had accused Mr. Arbery of stealing or robbery, because I never did," English asserted to CNN’s Chris Cuomo on Tuesday. 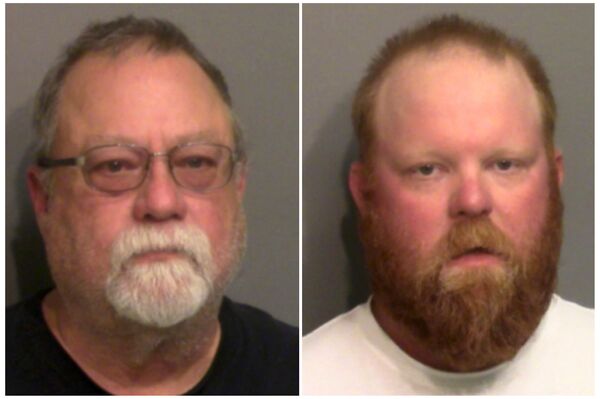 Former police officer Gregory McMichael, 64, and his son Travis McMichael pose for a booking photo they were arrested by the Georgia Bureau of Investigation and charged with murder in the shooting death of unarmed black man Ahmaud Arbery, in Brunswick, Georgia, U.S. in a combination of photographs taken May 7, 2020
© REUTERS / Handout/Glynn County Sheriff's Office

"Even if there had been a robbery, however, the English family would not have wanted a vigilante response," English’s attorney, Elizabeth Graddy, told NBC News. "They would have entrusted the matter to law enforcement authorities."

Both Travis and Gregory McMichael are still being held without bond at Glynn County Jail, following their May 7 arrest.

It was announced on Tuesday that Georgia Attorney General Chris Carr had issued a request for the GBI to open an investigation into “possible prosecutorial misconduct by the offices of the District Attorneys of the Brunswick and Waycross Judicial Circuits.”