Moscow Calls for Justice After Attack on Maternity Ward in Kabul 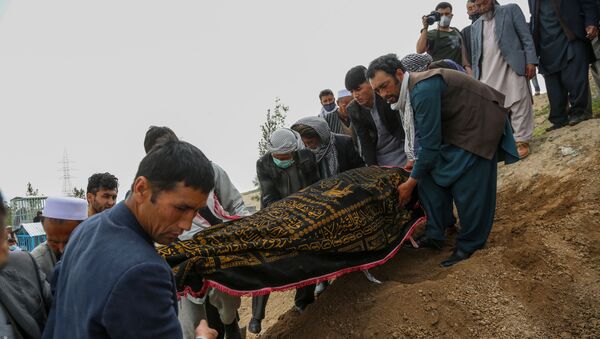 MOSCOW (Sputnik) - Moscow urges all stakeholders in Afghanistan to cooperate in order to bring those responsible for the deadly attack on a maternity ward at a Kabul hospital in Afghanistan, the Russian Foreign Ministry said on Wednesday.

"We call on all warring parties engaged in the Afghan conflict as well as international coalition forces to find and punish those responsible for this crime. No effort should be spared in stopping IS from inflicting pain and suffering," the statement read.

Gunmen killed two newborns as well as 12 mothers and nurses in the bomb-and-gun attack on the healthcare facility on Tuesday. No one claimed the assault, although Russia said the Daesh* terrorist group it banned in 2014 was likely responsible.

The ministry added that the Taliban militant group had denied any involvement in the attack. The US-based intelligence group SITE said that Daesh* had claimed Tuesday's attack on the police commander's funeral in the eastern Nangarhar, which killed 24 mourners.