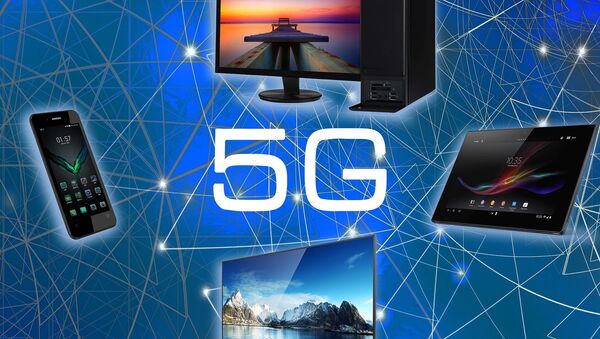 New Delhi (Sputnik): India stepped into 2020 with plans to conducting its 5G trials and improve the high speed internet network which services over 600 million web users in the country. The coronavirus pandemic, however, caused a big setback to the industry, frustrating all such ambitious plans.

In the wake of a health emergency that has gripped the country, the Indian government is reportedly planning to postpone its already “delayed 5G trials” until 2021 or later, depending upon how the situation unfolds in the aftermath of the COVID-19 outbreak.

India’s Department of Telecommunication (DoT) has noted that if 5G spectrum auctions are conducted this year, it would only attract a handful of bidders, which would not be as beneficial for India as it otherwise would have been, local media reported on Wednesday, citing anonymous sources “familiar with the matter”.

“At a time when most of the country is working digitally from home and are hooked on Netflix and other OTT platforms, the country is doing just fine with 4G networks. The jobs done by our telecom players has been commendable. If the government was to conduct 5G tests now, it would not have garnered enough traction. It is prudent to postpone the trials for now because we are not sure how long the lockdown would extend; operators going through financial crisis already would not participate whole-heartedly.” said Thomas George, President of CyberMedia Research India.

One more reason playing a crucial role in India postponing its 5G trials is the participation of Chinese players like Huawei and ZTE, local media reports said.

In December 2019, India snubbed warnings of national security risks issued by the US, allowing China’s 5G player Huawei to be part of the 5G trials. The discovery of the first case of coronavirus in the Chinese city of Wuhan last December, however, has impacted the whole world and its view towards the Asian superpower.

“It is a very sensitive situation right now, to make any kind of assessment on how the world looks at China in the coming times. India – which is also part of the global economy – will eventually decide to wait, watch and react accordingly,” George added.

For now, India is fuelled by affordable and speedy 4G networks. In 2019, reports suggested that India would conduct a fresh auction of the 4G spectrum between the 700 MHz and 2,500 MHz bands in April 2020. The plan, which is also currently on hold, may unfurl in the coming months in India.

Meanwhile, earlier in April, Indian telco Bharti Airtel roped in Finland-based equipment-maker Nokia in a multi-million contract, in a bid to ramp up 4G networks.

Under the agreement, Nokia will empower 4G services on Airtel, especially in India’s rural areas, with services including the integration, planning and optimisation of networks.