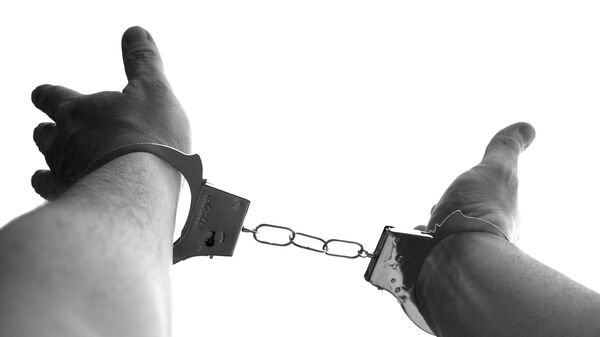 The FBI has arrested a researcher for NASA who reportedly did not disclose his connections to the Chinese government and other Chinese entities.

According to the US Justice Department (DoJ), Simon Saw-Teong Ang, a 63-year-old Arkansas professor, was arrested Friday and charged with wire fraud.

​“In the one-count complaint, Ang was charged with one count of Wire Fraud. The complaint charges that Ang had close ties with the Chinese government and Chinese companies, and failed to disclose those ties when required to do so in order to receive grant money from NASA” the DoJ wrote in a May 11 news release.

“These materially false representations to NASA and the University of Arkansas resulted in numerous wires to be sent and received that facilitated Ang’s scheme to defraud.”

The DoJ claims that the electrical engineering professor, who has worked at the University of Arkansas-Fayetteville since 1988, committed fraud against the university and NASA “by failing to disclose that he held other positions at a Chinese university and Chinese companies.”

The affidavit filed in US District Court for the Western District of Arkansas specifically states that "Ang's close ties to the Chinese government and employment with numerous Chinese companies would have made him ineligible to receive grants issued by United States government agencies." If convicted, Ang could spend up to 20 years in prison.

Court documents obtained by CNN reveal that Ang’s ties became known after a University of Arkansas-Fayetteville employee tried to find the owner of a hard drive that was in the lost-and-found at a campus library. The employee came across a September 2018 email exchange between Ang and a researcher from Xidian University in Xi’an, China in which Ang stated that the political climate was making his situation at the university challenging.

"You can search the Chinese website regarding what the US will do to Thousand Talent Scholars," Ang wrote, the complaint obtained by CNN says. "Not many people here know I am one of them but if this leaks out, my job here will be in deep troubles (sic)."

The FBI explains on its website that individuals involved in China’s Thousand Talents programs are Chinese people who work and study outside of China in “high-priority research programs.”

“While mere participation in a talent plan is not illegal, investigations by the FBI and our partner agencies have revealed that participants are often incentivized to transfer to China the research they conduct in the United States, as well as other proprietary information to which they can gain access, and remain a significant threat to the United States. In some cases, this has resulted in violations of US laws, including economic espionage, theft of trade secrets, and grant fraud,” the FBI explains in a November 2019 release.

The criminal complaint alleges that while Ang did reveal his participation in a Thousand Talents scholar program to the University of Arkansas in 2014, he did not divulge other ties to Chinese government programs between 2012 and 2018.