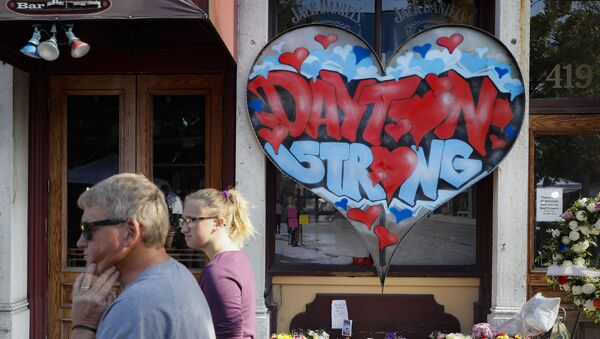 On 4 August 2019 nine people were shot dead and 17 wounded when a gunman went on the rampage in Dayton, Ohio. The gunman was identified as Connor Betts, but nine months later the full picture of why he had carried out the massacre still has not emerged.

Two crime podcasters in the United States have unearthed several pages of a notebook belonging to a man who carried out a mass shooting in Dayton, Ohio last year and they say it gives a “small glimpse” into his mind.

Two separate mass shootings took place in the United States within 24 hours of each other in August 2019.

On August 4, 2019, Connor Stephen Betts, 24, fatally shot nine people and wounded 17 others in Dayton, Ohio.
These are pages from his notebook in which the FBI seized, which is still in evidence.

These are the ONLY pages from the notebook, which Andrew procured. pic.twitter.com/F9MeUg6T3Z

​First, white supremacist Patrick Crusius, 21, strolled into a Wal-Mart supermarket in El Paso, Texas, and shot dead 23 people. It later emerged he was deliberately targeting Latino customers and staff and had posted a white nationalist manifesto on the 8chan messageboard.

Thousands of miles to the east a Twitter profile belonging to Connor Betts, 24, was following the El Paso shooting closely and, according to Forbes magazine, liked several posts which condemned the gunman’s xenophobic agenda.

But later that night Betts wandered into the Oregon historic district of downtown Dayton, shot dead his sister Megan - a transgender man, who identified as Jordan - and eight other people outside a popular nightclub, Ned Pepper’s Bar.

Betts was then gunned down by police officers who responded within seconds.

Chris Duett and Andrew Dodge, who produce the Criminal Perspective podcast, have obtained three pages of one of Betts’ notebooks which the FBI recovered, and explained what it contained. 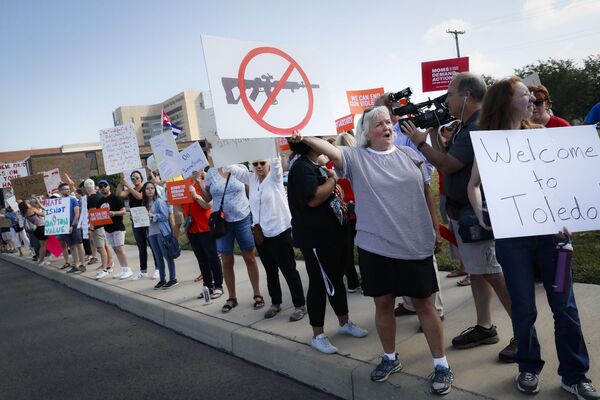 Mr Duett said: “It seems to be a lot of scribbled band names and possibly some band lyrics or personal thoughts from Betts. We haven’t fully analysed the contents.”

Among the lyrics scrawled in the notebook are "Death is the only mortal" and "Animal I have become."

Betts had been singing in a pornogrind band called the Menstrual Munchies, whose lyrics were described by Buzzfeed reporter Ellie Hall as “dark” and “misogynistic.”

Mr Dodge said the notebook was mainly scribbled band names and added: "To think there's a wealth of knowledge on the inner working of Betts’ mind within that material would be absurd. But I’m sure it offers a very small glimpse."

Please keep us in your prayers every day, as pro-Antifa propagandists continue their harassment and smears of my family and young son, in hopes that it will incite one of their deranged followers to become the next James T Hodgkinson or Connor Betts https://t.co/2FQv4AUtJt

​Betts’ ex-girlfriend Caitlyn Johnson later told the Toledo Blade newspaper there had been several “red flags” which she had ignored.

She said he was fascinated with shooting sprees and was suspended from high school in 2012 after drawing up a “hit list” and a “rape list” of fellow students.

Betts’ social media accounts also showed he was on the Left and supported Bernie Sanders and Elizabeth Warren at various times.

Mr Duett said: “We personally don’t have any firsthand knowledge of Connor Betts’ personal beliefs or any political or social agenda he may have carried. There may be reports of some left-wing ideals that he carried, but it’s nothing we can substantiate.”

It was widely reported that Betts was intoxicated at the time of the shooting but he had purchased his AR-15 automatic rifle legally.

Mr Duett said: “The coroner who conducted the autopsy on Betts had stated that he had cocaine, alcohol and Xanax in his system as well as vape pen and a bag of cocaine in his pocket at the time of the shooting.”

He added: “The weapon used in the attack was purchased legally. I do know that it was a modified weapon but I’m not sure if the modifications done to the weapons were legal.”