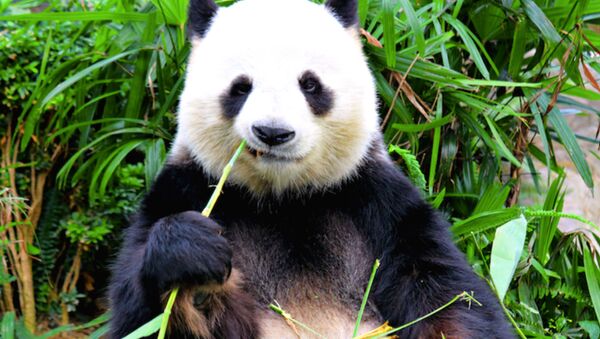 Victoria Teets
All materialsWrite to the author
A Canadian zoo is sadly bidding farewell to two of its giant pandas after it was forced to send them home due to a bamboo shortage resulting from the COVID-19 pandemic.

In a Tuesday statement on its website, Alberta’s Calgary Zoo announced that it will be sending the giant pandas Er Shun and her mate Da Mao back home to China, where bamboo is abundant and local, after months of overcoming barriers to transporting the plants to feed the adorable behemoths due to the coronavirus pandemic.

“We believe the best and safest place for Er Shun and Da Mao to be during these challenging and unprecedented times is where bamboo is abundant and easy to access,” said Calgary Zoo President & CEO Dr. Clément Lanthier. “This was an incredibly difficult decision to make but the health and well-being of the animals we love and care for always comes first.”

The zoo explained that it was cutting short the pair’s stay because the COVID-19 outbreak had disrupted transportation and made it harder to supply the 40 kilograms (90 pounds) of bamboo a typical adult panda eats each day.

The pandas’ arrival in 2013 as part of a 10-year loan agreement with a breeding facility in Chengdu was a huge spectacle that was broadcast live on all major Canadian television networks, and the two mates have lived in the country since then. Er Shun later gave birth to two twin cubs, which were the first pandas born on Canadian soil.

Giant pandas are unique in their nutritional requirements, as nearly 99% of their diet is made up of fresh bamboo. Staff at the Calgary Zoo had worked to find alternative bamboo providers, however, mounting concerns that supplies could be disrupted without warning and thus leave the animals hungry prompted them to make this decision, the statement further explained.

Due to the pandemic-related lockdowns and social distancing measures, the Calgary Zoo is currently closed. The safety precautions mean that the zoo will unfortunately not be able to allow the public to say goodbye to the two pandas.