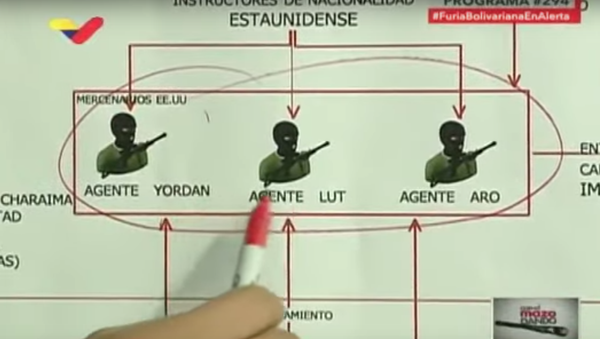 Ilya Tsukanov
All materialsWrite to the author
The fallout continues from ‘Operation Gideon’, the brazen May 3-4 attempt by a US security contractor to invade Venezuela, kidnap its president and take him back to the United States. The White House remains in damage control mode, denying any responsibility for the plot while seeking to bring the captured US mercenaries involved back home.

Diosdado Cabello, president of Venezuela’s Constituent Assembly and second-in-command of the United Socialist party of Venezuela, the Latin American nation’s ruling party, revealed details about who was behind the botched mercenary invasion over month before it took place.

Cabello laid out the details of the plot on March 28 on Venezuelan national television. However, the presentation, which proved surprisingly prescient, detailed, and accurate, received almost no media attention at the time, and has been picked up by only one major UK outlet since.

In the programme, Cabello stands before a pair of large cork boards and a chart featuring the photos and names showing the elaborate ties between opposition figures, defectors from the military, weapons stocks in Colombia, and three ‘gringo’ Americans in the middle of it all, agents dubbed ‘Yordan,’ ‘Lut’ and ‘Aro’.

‘Agente Yordan’ is revealed to be none other than Jordan Goudreau, the former US Green Beret trooper and Silvercorp  USA founder. Cabello presents several photos of the soldier turned soldier of fortune, and mentions Silvercorp by name. 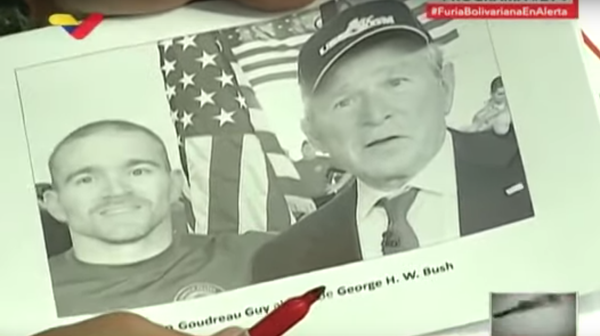 Details of Silvercorp’s ties to opposition leader Juan Guaido are also mentioned as are the opposition leader’s suspected attempts to hire a mercenary force to launch an invasion from Colombia to “liberate” Venezuela.

“Without a doubt [Silvercorp] is a shell company that gives services to others, that’s how they do it. It’s a front for the CIA,” Cabello suggests. “The reality is that Silvercorp USA is used to undertake clandestine operations in various countries in the world, especially to finance groups of mercenaries and destabilize legitimate governments,” he adds.

Cabello goes on to indicate that authorities have information about the participation of two other Americans, later revealed to be former Green Berets Luke Denman and Airan Berry, in the plot. The pair of Americans were captured by Venezuelan special forces last week, and later revealed plans to kidnap President Maduro and take him back to the United States for prosecution on trumped up drug smuggling charges.

The scope of the information provided by Cabello was extensive, and included details on connections between the plot and former Venezuelan military officials and opposition politicians, as well as photos of individual actors, details on their recent interactions, and information on their vehicles and where they lived. 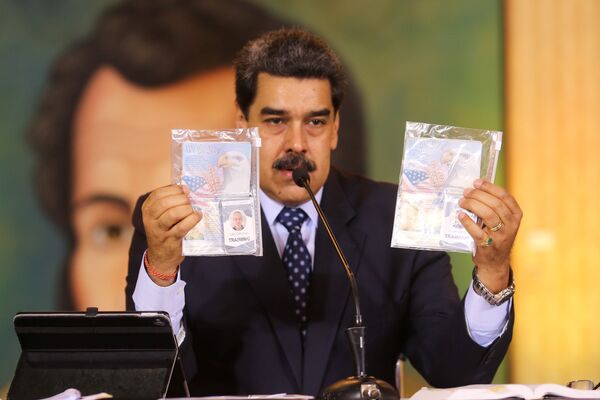 Cabello’s Glenn Beck-style connect-the-dots presentation came just a day after former Venezuelan army Maj. General Cliver Alcala Cordones, described as the ringleader of Venezuelan army deserters, handed himself over for extradition to the US on March 27 in Colombia. Prior to his extradition, Alcala had been detained by Colombian police after a major weapons cache was found near his home.

Commenting on Alcala’s extradition, Cabello indicated that the arrest appeared to indicate that “the operation suffered a serious blow,” adding that if it had moved forward, “we were going to give them a surprise. The best thing that happened was that the arms were taken, because if they hadn’t, we would have been waiting for them with a lesson they would never forget.”

But surprisingly, the operation did go forward, and between May 3-4, between six and eight mercenaries were killed, and at least 17 others captured, including two Americans arrested by Venezuelan security forces and fishermen, with mop-up operations continuing. Authorities reported the arrest of three more men on May 10.

Jordan Goudreau claimed responsibility for the failed invasion on May 4, releasing a video from his Florida home about an “ongoing” operation. Goudreau alleges that opposition leader Juan Guaido signed a $213 million contract with Silvercorp, and signaled that the self-proclaimed ‘interim president’ appeared to have skimped on the deal, forcing mercenaries to collect donations from Venezuelan migrants living in Colombia.

On Monday, Guaido reportedly asked for the resignation of two senior aides over the botched invasion plot.

The US and Colombian governments continue to deny any connection to the plot. However, Secretary of State Mike Pompeo said last week that it was the State Department's "responsibility" to bring the two US nationals in Venezuelan custody home.