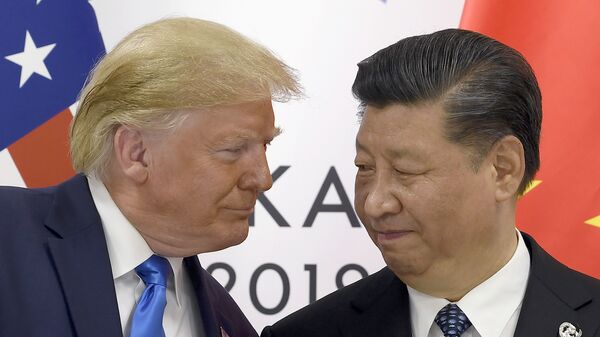 The news comes at a time of heightened tensions between the United States and China over the origins of the new coronavirus and response to the outbreak.

The Trump administration has ordered the prevention of federal retirement assets from being invested in Chinese equities, according to documents obtained by Fox Business.

The Thrift Savings Plan is a 401(k)-style retirement savings programme for federal employees and members of the military. It was scheduled to start transferring its international fund in June into a portfolio that mirrors the global benchmark MSCI All Country World Index.

The latter captures equities in dozens of developed and emerging markets worldwide, including in China. It was reported in April that the White House came under pressure from Republicans to halt federal pension investments in Chinese companies like ZTE and Hikvision, which are on the US trade blacklist.

O’Brien and Kudlow wrote in the letter that the grounds for holding back the funds were the alleged violation of US sanctions laws by Chinese companies and China's "culpable actions" regarding the spread of the COVID-19 pandemic.

“Departing from the Board’s established index for the International Stock Investment Fund (I Fund) to track one that maintains Chinese equities is risky and unjustified," they said.

In a second letter published by Fox, Labour Secretary Scalia asked the Federal Retirement Thrift Investment Board, which runs the fund, to confirm the move by Wednesday.

It comes as tensions have grown between the United States and China over the COVID-19 pandemic. The Trump administration, including the President himself, has claimed that China was covering up the severity of the situation at the onset of the pandemic and had accidentally released the coronavirus from a bioresearch lab in Wuhan. China denies those claims.

Amid the spat, Donald Trump suggested on Friday that he could tear apart his hard-fought trade deal with China, which marked a partial truce to an 18-month trade war. He has earlier also threatened to impose new tariffs in retaliation for the pandemic, which has caused more than 80,000 deaths in the United States and caused a sharp economic downturn, potentially damaging Trump's prospects for re-election later this year.