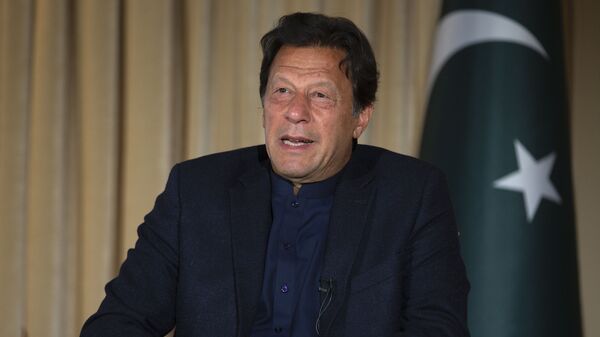 Raja Farooq Haider, Prime Minister of Azad Jammu and Kashmir (the Pakistan-administered part of Kashmir) has urged Imran Khan to launch a full military attack against India. After visiting the villages near the Line of Control, where India and Pakistan have been exchanging fire for over a month, Haider told media:

“Prime Minister Imran Khan must react now and take some strong steps. [Mere] verbal statements will not work. You must move forward and order your forces to attack India.”

Strongly condemning India for including the Pakistan-controlled part of Kashmir as part of its weather update, he said: “It is your duty to protect your brothers and sisters. India is giving weather reports on PoK, we should start updating on Delhi.”

India’s state-owned TV broadcaster Prasar Bharti had begun including the Pakistan-controlled side of Kashmir and Gilgit-Baltistan in its national weather update.

​Last week, India had also asked Pakistan to vacate all areas of Kashmir, including Gilgit Baltistan. India had reiterated that the Pakistani side of Kashmir, along with Gilgit and Baltistan, are an integral part of India "by virtue of its fully legal and irrevocable accession".

Part of the larger Kashmir region and administered by Pakistan since 1947, Gilgit-Baltistan is a strategically placed area sharing borders with India-administered Kashmir, Afghanistan to the north and the Xinjiang region of China to the east and northeast.

In April, Pakistan's Supreme Court had issued an order allowing the government to hold elections in September this year in Gilit-Baltistan.

The south Asian nations have fought three wars over Kashmir since independence and continue to administer the parts of it. Meanwhile, Kashmir has been witnessing an insurgency, and has demanded its independence from India.

The bordering nations have been exchanging fire over the Line of Control for over a month, while also engaged in a war of words. The relations between the two countries deteriorated in August 2019, when India stripped Jammu and Kashmir of its special status under Article 370 and split the state into two union territories.

Both countries continue to level accusations against each other of providing haven to terrorists and engaging in human rights violations against Kashmiris.