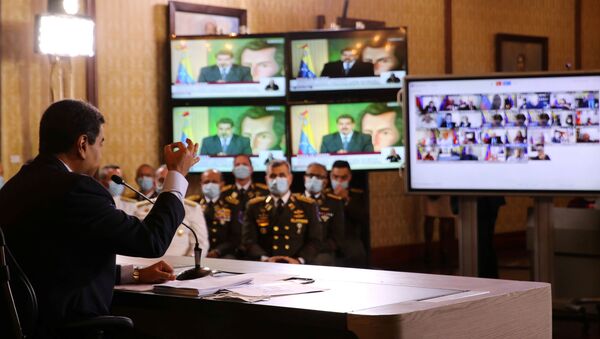 © REUTERS / Handout .
Subscribe
Ilya Tsukanov
All materialsWrite to the author
Venezuelan security forces and fishermen doubling as Bolivarian militia arrested several dozen mercenaries in the wake of a botched naval invasion earlier this month. A US national allegedly involved in the plot has said that the operation was aimed at kidnapping President Nicolas Maduro and taking him back to the United States for prosecution.