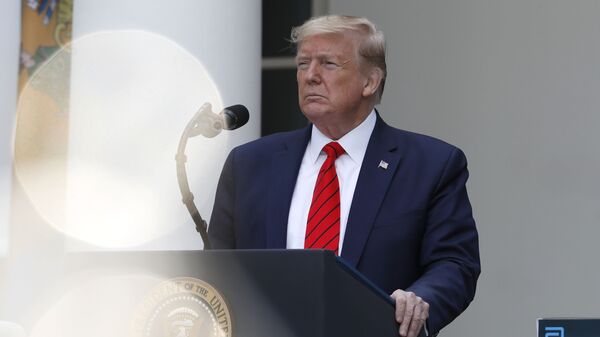 White House advisor Peter Navarro has claimed that "a bill has to come due for China" over Beijing's conduct during the early phases of the novel coronavirus spread, which Washington is blaming for the spread of the virus worldwide. The official, however, failed to specify what actions the US might take against the Asian country.

Andrew Leung, a veteran independent Hong Kong-based China strategist, has outlined his views on how US-China relations will develop in light of the growing rift over Covid-19, the trade war and the ongoing presidential campaign in America.

Sputnik: White House trade advisor Peter Navarro earlier threatened retaliation against China for its alleged role in the spread of the coronavirus pandemic. To what extent can this further ramp up tensions between the world’s two largest economies?

Andrew Leung: I think that, first of all, we should start with the context, with a broader context of which the coronavirus crisis is only part of it, a cause that includes the trade war, that includes a 360 degrees pushback against China, against the perceived existential threat of the rise of China, challenging the United States dominance. This pushback is bipartisan. It's across the aisle and across both parties and some described it as similar to the so called McCarthian era at the beginning of a Cold War, creating China scares and using all sorts of allegations, true or false, painting China as a demon. So that's the broad context.

Now, coming back to the coronavirus - of course, the fact that China is now showing signs of containment of the coronavirus virus crisis comparing with a rising number of deaths [in the US]- is a huge embarrassment to the Trump administration, to President Trump, particularly in the light of his upcoming presidential election. So it's no surprise that he's going to create, using the same sort of tactics, trying to create a threat into the origin of this whole thing and trying to shift the blame. 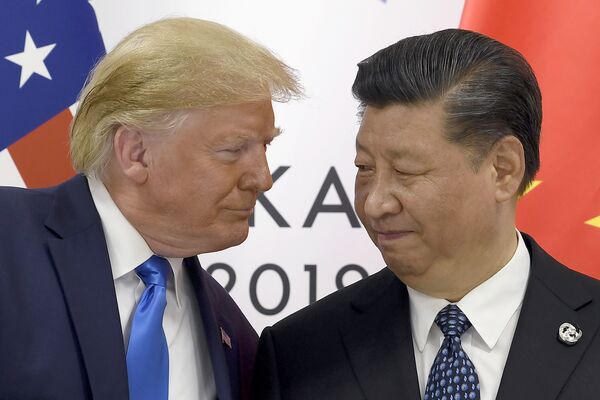 In this June 29, 2019, file photo, President Donald Trump, left, meets with Chinese President Xi Jinping during a meeting on the sidelines of the G-20 summit in Osaka, Japan.
© AP Photo / Susan Walsh

And if you look at the facts now. I think that first of all, the allegation that the virus is fabricated in a laboratory in Wuhan, has been discredited by U.S. scientists and even by the so-called Five Eyes intelligence agencies, including the United States, U.K., Australia, New Zealand and Canada and the US’ CDC's much highly regarded expert, Dr. Anthony Fauci, confirming that this kind of virus cannot be fabricated in a laboratory. As to the allegation, that [the coronavirus] is a leak, either a wilful or otherwise - there’s also been discredited by scientists and independent assessors. Now, as to the question that there was the initial cover up - of course, when the virus first appeared on the scene, no one was the wiser. And the Chinese low level kind of bureaucrats, could have been too nervous, but on the other hand if there was any delay at all - it’s just because that the nature of the virus was not fully know whether it was capable of spreading from human to human, was still not fully established. But be that as it may, the Chinese notified the WHO as early as the end of December, following by notification of the US counterpart, the Center for Disease Control, as early as the third of January. 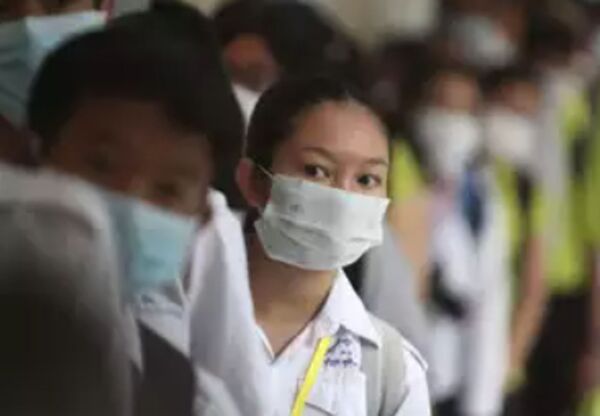 And then the whole Wuhan was locked down on 23 January, followed by the announcement by the World Health organisation, that it is a global pandemic on 30 January. We are talking about January. And now it’s May - between January and even April, a lot of time had been wasted because obviously this is a very serious kind of virus. It's a global pandemic. And to blame China on what follows? The number of deaths and confirmed case confirmed cases, indeed, in the United States, I think is beginning to be less and less credible. Now, as for accountability, let's not forget that in the H1N1 virus - it was not too long ago. This started from the United States and infected millions and billions of all patients worldwide. Now, no one was holding the United States accountable and also a comparable kind of thing that started at one country and affected the rest of the world was the global financial crisis that started in the United States and that affecting a lot of countries worldwide, including Russia, and then no one was holding the US accountable either. So I think that this kind of initiatives is all kind of tying it to China scares kind of tactics. Now, I don't think that it would have any traction internationally.

Sputnik: So it will not impact global trade or the deal that were reached in January, between the US and China?

Andrew Leung: As I said at the beginning it’s part of the kind of a China blackening campaign and it's across the aisle. It's not just because of the coronavirus situation. The trade war started long before this. Also, even before the trade war, that was the South China Sea. That was kind of a confrontation. And in the South China Sea, also accusations of China's human rights violations in Xinjiang and all that. And also the question about Hong Kong, Taiwan. I mean, it's a 360 degrees pushback. I think that this pushback is likely to continue, we are now in a new chapter of the US- China relations. I don't think the relations will go back to before. I think that Beijing is well aware of this.

Sputnik: So how will the relations between Washington and Beijing develop?

Andrew Leung: It’s going to get worse. It is the beginning of the new cold war, against China, but also against Russia, as well, as the perceived threats against Americans hegemony.

Sputnik: So can we say it's a political game, because we have elections in November in the United States so they're trying to somehow push this narrative and rhetoric?

Andrew Leung: Yes, I think this rhetoric is going to rise even further as the elections are drawing near. Because either party cannot be seen to be soft on China. So I think that this is a political game. Both parties have to play. And I think it's going to get much, much worse as we near the election. But I think even after the election, whoever is in the White House - it will not change anything. As I said it is an inflection point and it's a game changer in the relationship between the United States and China.

And you can see that the relationship has changed with different international and internal political environments, right after Tiananmen Square, the US and the rest of the world went against China. But then after the Nixon administration with Henry Kissinger, the United States wanted to bring China on their side in the Cold War against Russia. So they thought that by bringing China on their side, the United States would have strengthened their hand against Russia which at the time was regarded as the main threat. And also that after the collapse of the former USSR, the United States was the only superpower and then the whole world was being shaped in the American fashion, both economically and otherwise. And the idea was that if China was brought into the world trading system, dominated by the Bretton Woods institutions, the World Bank, the IMF and the World Trade Organisation, all the rules are written by the United States.

And it would be good for the United States if China could help. And then to enter into the world trading system in the hope that China will become more like the United States, not only financially, not only economically, but hopefully ideologically. Of course, these expectations have fallen on the wayside. So there is a great disappointment on the part of U.S. strategists and even businesses nowadays as China's now growing stronger, its economy becomes bigger. It's self reliant technologies have become stronger, like 5G. And the U.S. businesses feel that the game has changed again because they're they're not making as much money as before and they are subject to a lot of competition and China is now threatening U.S. dominance on many different fields. As I said in the South China Sea, on technology, on the economy and even ideology, as the Chinese model seems to be getting a bit of traction compared with the US-dominated kind of liberal order. I think that there’s a 360 degrees realisation that China's rise must be contained at all costs.