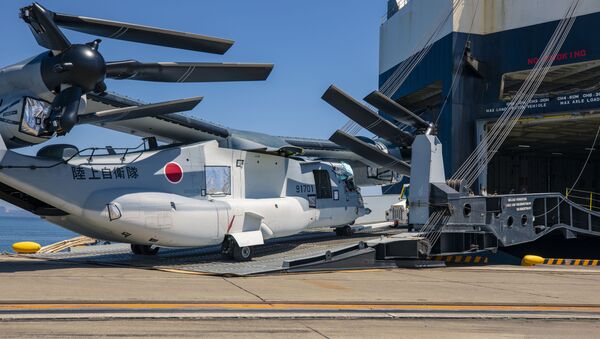 Japan’s first two V-22B Osprey tiltrotor aircraft were delivered to the US Marine Corps (USMC) station at Iwakuni last week. However, Tokyo’s adoption of the unique aircraft has not been without hesitancy and protest, both inside the government and out, due to the Osprey’s history of deadly accidents. The May 8 delivery was no exception.

On Friday, the Japan Ground Self-Defense Force (JGSDF) accepted delivery of its first two V-22B Osprey tiltrotor aircraft. The vehicles arrived aboard a transport ship, their propellers and wings folded tight for storage. Video footage released by the US Marine Corps, which operates Marine Corps Station Iwakuni, where the Ospreys were delivered, shows the careful process of delivery.

In May 2015, Japan requested to buy 17 V-22B Block C Ospreys via the Pentagon’s Foreign Military Sales program, becoming the aircraft’s first foreign buyer. Five were contracted for construction two months later at a cost of $332 million. As late as 2018, “four or five” of the aircraft were ready for delivery, but Tokyo continued to hesitate, retired Lt. Gen. George Trautman, an adviser for Osprey manufacturer Bell Boeing, told Defense News at the time.

A unique aircraft design, the V-22’s rotors are capable of rotating to face either vertically or horizontally, enabling it to take off and land like a helicopter, but transition to plane-like flying once in the air. While affording the Osprey unequaled mobility, the design has also presented unequaled problems, with the US Marine Corps spending 18 years ironing out enough of the flaws to begin fielding the aircraft. 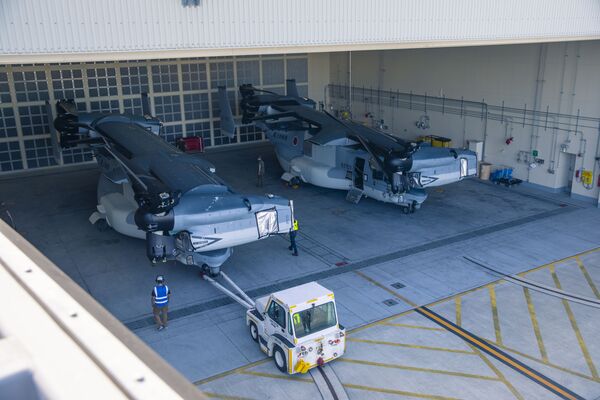 Since the first V-22 flew in 1989, the aircraft has suffered at least 23 major accidents, resulting in dozens of deaths. With the first USMC Ospreys being deployed to Japan, several of those accidents happened over or near the country, resulting in the aircraft earning the last mistrust and ire of local residents as well as government officials.

"I read about Osprey accidents and wonder why these things are allowed to fly around," Tokyo resident Yuriko Inoue told Japanese national broadcaster NHK in an October 2019 story about popular safety concerns about the aircraft. "Are the authorities doing anything to avoid accidents or improve safety? My neighbors are all scared."

At one point in August 2017 following a deadly Osprey crash off the coast of Australia, the Japanese government asked Washington to halt its Osprey flights over Japan - a request commanders at Okinawa’s Marine Corps Air Station Futenma declined to heed. 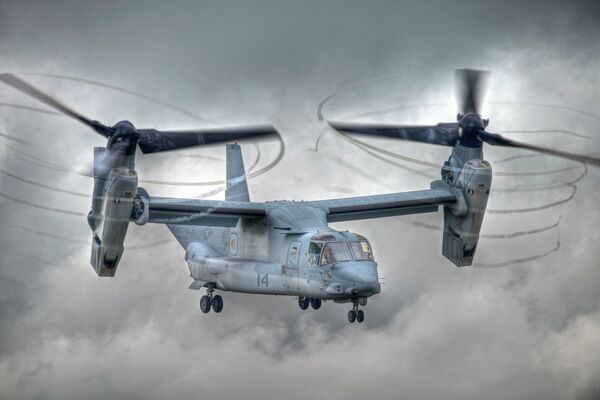 The two Ospreys’ arrival at Iwakuni was, accordingly met with protest. Tokyo daily The Asahi Shimbun reported on Saturday that roughly 20 local residents protested outside the base’s main gate during the unloading of the aircraft.

At the moment, the Japanese Defense Ministry is not even sure where the Ospreys will be based. Plans to base the aircraft at Saga Airport in the country’s southern Chiba Prefecture have been foiled by fishery owners who own property near the airport and refused to sell to the government the land to build necessary support facilities for the Ospreys, Asahi reported in May 2019. As a result, the planes will be temporarily based at the nearby Camp Kisarazu.

The delivery comes at a time that the USMC is weighing ending the use of much of its Osprey fleet. As Sputnik has reported, the entire service branch is undertaking a decade-long reconstruction of its forces in order to focus more on naval warfare. USMC Combat Development Command spokesperson Maj. Joshua Benson told USNI News in late March the restructuring includes significant cuts to the Corps’ ground forces, but also its aircraft squadrons, including helicopters, V-22s and perhaps even some of its F-35s.