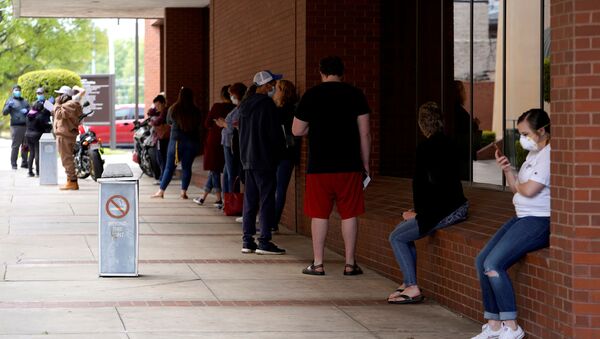 WASHINGTON (Sputnik) - The number of unemployed Americans should start declining as the nation’s businesses reopen this summer with money from $3 trillion in coronavirus (COVID-19) relief packages flowing through the economy, US Treasury Secretary Steven Mnuchin said on Monday.

"If the [May unemployment] numbers are worse next month, we understand that. But I think the numbers will be getting better as we go into the summer and we reopen the economy," Mnuchin told CNBC.

Mnuchin said money from $3 trillion in stimulus packages is just entering the economy, plus additional money from the Federal Reserve.

The Treasury Secretary also said that the bond market is open for cash-strapped companies such as Boeing to take advantage of historically low-interest rates to borrow the money needed to weather the virus crisis.

On Friday, the Labor Department reported more than 20 million job losses in April, with the unemployment rate reaching 14.7 percent, a record since the US government began collecting data in the late 1930s.