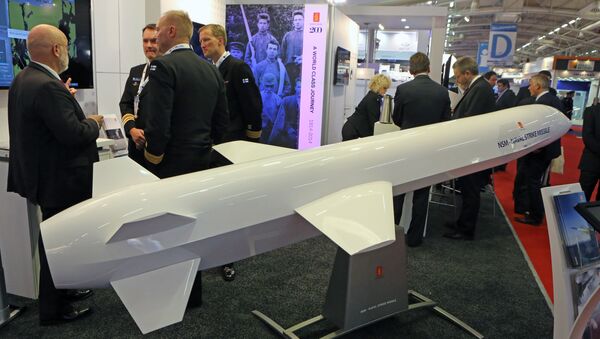 According to Tormod Heier, Norway is better of in its role as a bridge builder in the work for “dialogue, détente and disarmament”.

Professor and Lieutenant Colonel at the Norwegian Defence College Tormod Heier has warned that the missile cooperation between Norway and the US, which according to national broadcaster NRK has lasted five years, is guaranteed to increase tension and mistrust in the Norwegian-Russian relations.

“Norway is helping to lower the threshold for the use of conventional weapons and nuclear weapons. Admittedly not in peaceful, everyday life, but there is a major rivalry developing in our strategic areas,” Heier said.

Tormod Heier ventured that Russia views Norway primarily as part of the US fighting power to stem the Russian Northern Fleet in the Norwegian Sea and westward, and warned against further development.

“Norway's national interests and comparative advantages do not support the deadlier and more advanced missiles. Our advantage lies in the role of bridge builder and ally role model in the work for dialogue, détente and disarmament”, Tormod Heier stressed.

According to NRK, the collaboration between the US and Norwegian Defence Ministry to develop the THOR-ER missile, which can travel five times faster than the speed of sound, has been going on in secret for five years. On the Norwegian side, the partially state-owned arms manufacturer Nammo and the Defence Research Institute have participated.

Defence Minister Frank Bakke-Jensen, by contrast, has no doubt about the missile cooperation with the United States.

“Such a technology could help strengthen Norway's defence in self-defence against ever-increasing air threats, and be an important contribution to NATO. A more challenging security situation reinforces the importance of working closely with our allies, including our most important ally, the United States,” Bakke-Jensen said.

The attitudes towards the missile collaboration with the US have been rather mixed.

MP Hårek Elvenes of the ruling Conservative Party believes that missile defence in Norway must be developed together with its closest allies to avoid “tilting the balance in favour of Russia”, which has developed several conventional and nuclear missiles, such as the Kinzhal and the Avangard.

By contrast, the leader of the Socialist Left party Audun Lysbakken fears that Norway, by doing this, will help increase tensions between the US and Russia and won't be safer in the long run.

“It is understandable that Norway is an attractive partner in technology development, but in this case we should stop and consider whether it serves Norwegian security policy interests to cooperate so closely in the midst of a new arms race,” Lysbakken said.

Reds leader Bjørnar Moxnes stressed that it is in Norway's interests to pursue a balanced security policy that puts Norway's security interests ahead of the US superpower policy.

“When we see the Bulletin of Atomic Scientists warn that this weapon technology can help increase the risk of war and, at worst, nuclear war, it gives cause for concern,” Moxnes said.

The Pentagon has recently gone public about its cooperation with Norway, claiming it will “provide the critical technology necessary to secure US and allied military superiority in the hypersonic system”. The first tests will be conducted from Andøya in Nordland in 2021. The Norwegian Defence Ministry believes missile cooperation is lifting bilateral cooperation with the Pentagon to a whole new level. There is even an agreement for Norway to consider future industrial production.