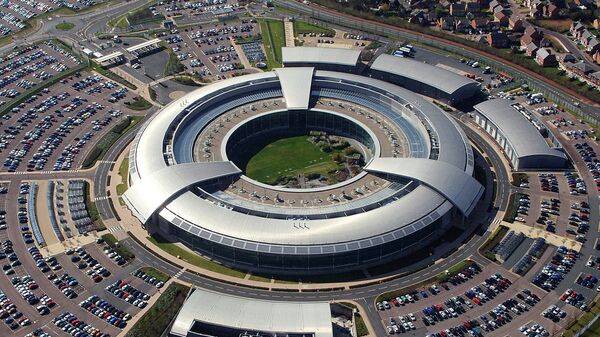 A newly-released transcript of the October 2017 US Senate closed-door questioning of a former GCHQ staffer so central to the allegation Russia’s GRU was behind the DNC email hack and release, raises serious questions about his credibility - and further doubts about allegations of Kremlin interference in the November 2016 Presidential election.

Over the course of 2017 and 2018, the House Permanent Select Committee on Intelligence undertook an investigation into a claimed Russian influence campaign targeting the 2016 US election. As part of that effort, a number of individuals were quizzed by investigators - including Matt Tait, a former UK Government Communications Headquarters employee.

He had quite a story to tell. For one, in June 2016 Tait played a prominent and early role in attributing the leak of Democratic National Convention emails, damaging to then-Presidential candidate Hillary Clinton, to Russian military intelligence agency GRU, basing his conclusion on publicly available information and technical analysis of seemingly revealing metadata blunders.

Matt Tait, a former GCHQ analyst also known as @pwnallthethings, appears to have just locked his account and deleted all his tweets. For years, Tait was integral in whipping Twitter into a frenzy over Trump/Russia. Transcript of his 2017 House Intel testimony was just released: pic.twitter.com/aIrNgQw31M

​From there on in, Tait began collaborating with other researchers to examine the DNC email leak, its origins, and identify the perpetrators. Due to his visibility, he was contacted by Republican activist Peter Smith, who told him he was setting up a group to investigate the potential hack of Hillary Clinton’s private emails - Smith further claimed to have been contacted by someone from the ‘dark web’ in possession of those emails, and wanted Tait’s help in verifying their veracity before publishing them.

Tait claims he believed Smith was coordinating with the Trump campaign, and moreover the dark web contact was “a front for the Russian government”, the offer of compromising private emails yet another component of the wide-ranging and dastardly influence operation being waged by the Kremlin.

He subsequently wrote an article his experiences for legal blog LawFare - The Time I Got Recruited to Collude with the Russians - which suggested Smith’s apparent connection to the Trump campaign could be evidence of collusion between the Presidential hopeful and the Russian state. The piece was duly shared far and wide on social media, referenced and promoted in countless mainstream media reports, and transformed Tait into a veritable RussiaGate celebrity, garnering him over 100,000 Twitter followers in the process.

More #RussianCollusionHoax exposed thanks to transcripts released. This time from Matt Tait (@pwnallthethings) who's article on @lawfareblog claimed he was recruited to collude with Russians. Turns out he had ZERO evidence and that he wouldn't have picked that headline. pic.twitter.com/zRDyEg1Dma

​It would be unsurprising if Senate investigators were eager to probe Tait, although curiously, the transcripts reveal his presence before the committee came about “a little different” from other interviewees’. Rather than Tait being invited, or requested, to testify, his own attorney instead contacted the Committee offering him up as witness - which led one Senator, whose name is redacted in the transcript, to enquire whether “there may have been some sort of prior contact or relationship” between Tait and one of the Committee members. Still, whatever the significance of that incongruity, it’s likely they were somewhat disappointed when he finally took the stand.

Perhaps predictably, Tait’s incendiary LawFare article loomed large in Senators’ questioning. Primarily, they were keen to know more about how he’d concluded Peter Smith was contacted by Russian intelligence operatives, and his thoughts on whether this amounted to collusion between the Trump campaign and the Kremlin.

​Shockingly, in response Tait repudiated almost every aspect of his much-invoked analysis, right down to its bombshell title. First and foremost, he acknowledged he “[didn’t] have any evidence” Trump’s campaign directly or indirectly by way of Smith’s alleged dark web contact or otherwise had collaborated with Russian consciously or otherwise, and claimed to have never in fact taken this view.

“At the time, it didn't occur to me that was even something possible. My view was this was Peter Smith being very incautious, perhaps callous, with national security, perhaps as someone that wasn't a national security person himself, he didn't appreciate how dangerous it is to, you know, play this game. That's one of the reasons why I was so clear to him this is a game he really just did not want to play. It honestly didn't occur to me he might have been trying to do that deliberately,” Tait equivocated.

The former GCHQ staffer wasn’t even certain the dark web source was in fact Russian, and didn’t have “any specific information” to that effect, he just felt it “plausible” it could have been a Kremlin operative although he “didn’t have evidence at the time”. Moreover, Tait went on to admit he not only never personally had any contact with Smith’s dark web contact, but also had no basis for believing the source actually existed, and even if so “was legitimate or had possession of the sensitive emails or was affiliated with the Russian government”.

A presumably flabbergasted Senator then asked whether he authored the article’s heading, given it seemed “a little stronger” than what he’d described to investigators, Tait’s response spoke volumes.

“It's not the headline I would have chosen,” he conceded.