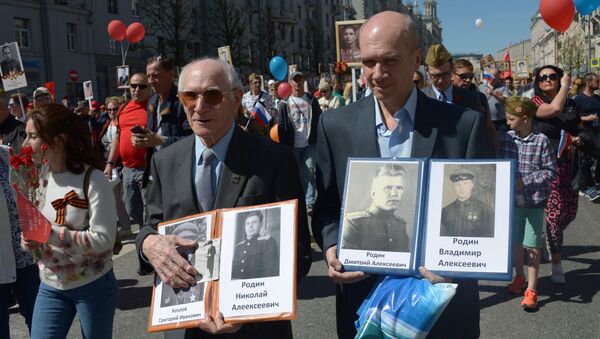 The 9th of May is widely celebrated in Russia and the former Soviet republics as Victory Day over Nazi Germany in World War II.

Since the regular celebrations for Victory Day in Russia have been postponed due to the coronavirus pandemic, an online video broadcast shows Russians holding the Immortal Regiment rally, honouring war victims, on 9 May. This year, the campaign is being held online, with thousands of people showing portraits of their relatives who fought in World War II.

The number of casualties in the Soviet Union during World War II has been estimated at 27 million. Soviet military casualties exceeded 8.7 million, which is more than half of the total allied death toll.