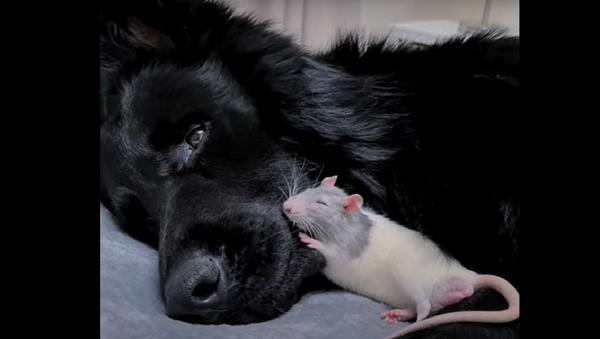 Everyone knows that a dog is a man's best friend, but apparently canine amiability truly knows no boundaries and these critters can be friends with pretty much any other species!

An amusing video from Australia has surfaced online in which a tiny rat named Blue dozed off on the snout of a black shepherd dog named Nuka. The rodent looks really comfy in its "bed", while Nuka, the good boy as he is, makes sure to make no movements so that Blue's slumber is not disturbed. According to the uploader of the video, Blue has developed a special relationship with Nuka and loves to snuggle in his fur.