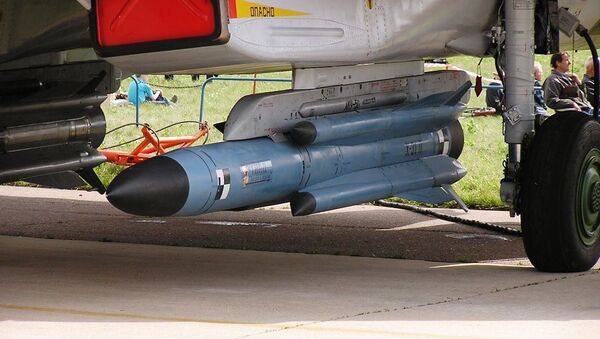 © Wikimedia Commons
Subscribe
International
India
Africa
Rather than waste time and manpower developing its own supersonic target for training regimens, the US Navy was able to cut corners in the 1990s by going directly to a source of potential supersonic threats: Russia.

The Drive’s Joseph Trevithick on Thursday detailed the history and evolution of the Soviet Union’s Kh-31 missile and how its derivative almost became a supersonic staple of a struggling  US Navy.

The US Navy launched its YAQM-127A Supersonic Low-Altitude Target (SLAT) program in 1983, calling for a “low-level, high-speed aerial target” that was parachute-recoverable and reusable. Following a monthslong competition, American manufacturer Martin Marietta was ultimately awarded a contract from the service to develop its AQM-127 target drone in September 1984.

However, testing of the target and its rocket-ramjet propulsion system quickly became a headache for the service. “Only one of six launches between November 1987 and January 1989 was successful,” noted Trevithick. “Two more launches, one in November 1990 and another in May 1991, were also declared failures. Congress subsequently forced the cancellation of the program.”

A few years prior to the SLAT program’s launch, Soviet missile designer and producer Zveda-Strela began its development of the Kh-31 missile series - initially designed as a high-speed, anti-radiation missile that could target and destroy vital radars associated with the US Army’s Patriot surface-to-air missile defense system and the Aegis Ballistic Missile Defense System of the US Navy.

The Soviet Union first test-fired the air-launched, rocket-ramjet-powered Kh-31 missile - referred to as the AS-17 Krypton by NATO - in 1982, six years before it entered into service with the Soviet Armed Forces. Later variants of the missile included an anti-radiation version known as the Kh-31P, as well as the Kh31A - an anti-ship model.

The variants made their debut in 1991, the same year of the Soviet Union’s collapse.

“All Kh-31s use a rocket-ramjet propulsion system to achieve sustained supersonic speeds,” Trevithick explained. “A rocket in the rear of the weapon boosts it to an optimal speed for the air-breathing ramjet to take over.”

Despite the failure of the SLAT program and the previous cancellations of two similar programs, the ZBQM-90A and the ZBQM-111A, in the 1970s, the US Navy found itself able to capitalize off of the Soviet Union’s collapse and Russia’s subsequent economic insecurity in the early 1990s.

Instead of having to embark on another program, the US Navy was able to use the new international connections established between Russia and American firms, such as Boeing, and simply “buy a representative target based on an actual potential threat weapon,” Trevithick wrote. That potential threat, of course, was the Kh-31. 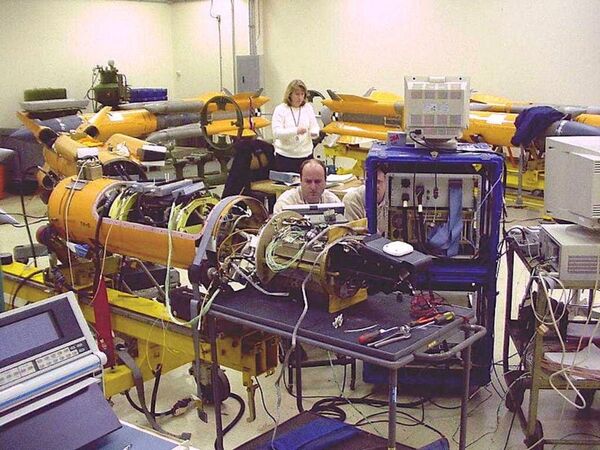 Following a 1995 military contract, US aerospace manufacturing corporation and defense contractor McDonnell Douglas acquired Kh-31 missile bodies and motors that were stripped of their warheads and guidance systems. The defense contractor’s target was dubbed the MA-31, a derivative of the Kh-31 equipped with “a Universal Remote Autopilot (URAP) guidance system, tracking beacon, telemetry equipment and a flight termination system,” Trevithick detailed.

“The flight testing of the modified Kh-31s continued after that and, in total, between 1996 and 2003, there were 13 launches, all from F-4 Phantom II fighter jets,” he noted. “Three of these failed, two due to faulty Russian power supplies and fuel controls and one due to a failure of [the] target missile's URAP.”

McDonnell Douglas was absorbed by Boeing in a 1997 merger amid the tests.

While the targets did perform at the same level as the original Russian missile, the US Navy was eager for an even more advanced supersonic target and, in 2000, awarded an associated contract to US rocket designer and manufacturer Orbital Sciences, which later became Orbital ATK and presently operates as Northrop Grumman Innovation Systems. 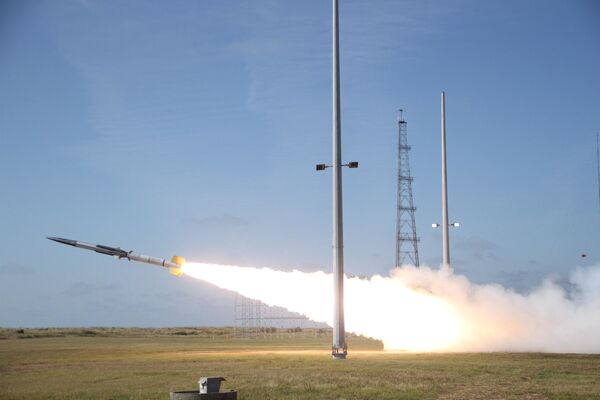 Boeing’s MA-31 was faced with a number of issues in regard to this fresh competition and new import restrictions imposed by then-new Russian President Vladimir Putin around the turn of the century. Initially, the US military was looking to equip its F-16 Vipers and aging F-4s with a kit that would allow the aircraft to launch MA-31s.

However, the so-called final nail in the coffin for the MA-31 was the success of Orbital Sciences’ supersonic, sea-skimming target, dubbed GQM-163 Coyote.

The US Navy officially ended the Kh-31-based target program in 2007. The Coyote remains in use by the US military, but other supersonic, and possibly hypersonic, target options are almost certainly being developed, as Washington has placed increased military focus on the likes of Beijing and Moscow.

Whatever new air-launched targets the service develops, US-Russian relations have only worsened more since the early 2000s, and the US military won't be buying more Russian-made designs any time soon.