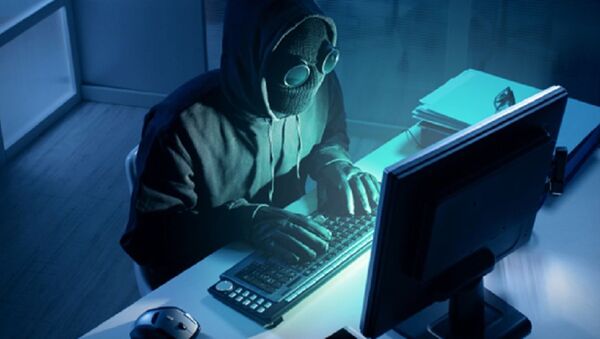 CC BY-SA 4.0 / Magnus916 / Hacker-1
Subscribe
Fox News claims that Iran has been identified as the culprit behind an April cyberattack on Israeli water infrastructure and that it allegedly used American servers to carry out a failed breach of Israeli water command and control systems.

Fox News Foreign Correspondent Trey Yingst announced Thursday that “sources” have credited Iran with a cyberattack which targeted several Israeli water and sewage facilities on April 24 through April 25. US servers were allegedly used to carry out the attack.

The attack was later confirmed in a joint statement by Israel’s National Cyber Directorate and the Water Authority, which described the incident as an “attempted cyber breach on water command and control systems.”

“The attempted attack was dealt with by the Water Authority and National Cyber Directorate. It should be emphasized that there was no harm to the water supply and it operated, and continues to operate, without interruption,” the agency said in a statement, as reported by the Times of Israel.

Despite the history of cyberterrorism allegations leveled against Tehran by Tel Aviv, Fox News’ alleged scoop has not been confirmed by US or other Israeli officials.

A senior official with the US Department of Energy refused to comment on the matter when contacted by Yingst, noting that he would not provide details of an “ongoing investigation.”

Israeli Energy Minister Yuval Steinitz told attendees of Israel’s Cybertech Global Tel Aviv 2020 conference in late January that the government had “detected and neutralized” a sophisticated cyberattack in 2019. The “very serious” threat in question targeted the country’s energy sector and attempted to “paralyze” one of its power sectors, according to the minister.

Steinitz noted that such cyberattacks carried out by Iran have the ability to wreak havoc on Israel, damaging vital infrastructure such as transportation and health care systems.

“If someone manages to paralyze the nation’s energy sector and water supply chain, it would be [a] total disaster,” he said during the conference, as reported by the Times of Israel.

Yiftah Ron-Tal, chairman of the Israel Electric Corporation (IEC) argued earlier this year that the “IEC is probably one of the most cyberattacked organizations in the world, but also one of the most protected,” as it endured an average of 11,000 “cyber-suspected events” per second in 2019.

Fox News’ report comes as Israeli forces have allegedly been conducting increased airstrikes in Syria. While Syrian outlets have attributed the strikes to Tel Aviv, Israel has remained tight-lipped on its possible involvement.

However, it was announced on Tuesday that Israel’s military would be continuing operations in Syria until Iran agrees to leave the country. "Iran has nothing to do in Syria,” Israeli Defense Minister Naftali Bennett said. According to Israeli intelligence cited by the minister, Iran is "trying to establish itself on the border with Israel to threaten Tel Aviv, Jerusalem and Haifa.”

Iran has maintained that its presence in Syria is by invitation of Damascus and that involved military personnel are merely advisers.

000000
Popular comments
Confession : We at "Fox News", are the world's second largest provider of fake news. Second only to the primary source at 1600 Pennsylvania Avenue NW Washington DC !

treesidesSQ
8 May 2020, 02:37 GMT7
000000
Israel thinks that it is so sophisticated in being able to detect attacks and wants us to be so gullible as to believe that it suffered 11,000 cyberattacks PER SECOND and it countered all of them. Nearly as crazy as that twat of a duck "Netanyahu the Yid". If Iran was involved, it is testing and will eventually succeed in taking revenge on the countless cyberattacks that the filthy Yids and Yanks have carried out on Iran. Time is on Iran's side and not on Israhell's.