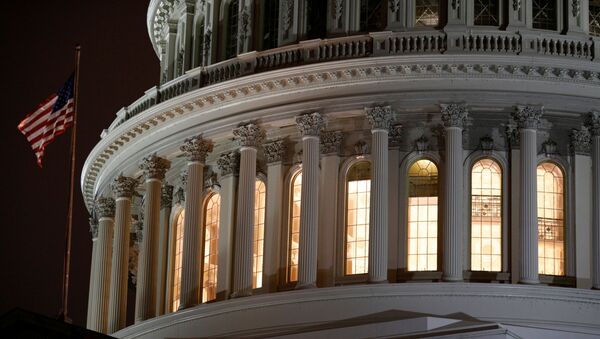 © REUTERS / Tom Brenner
Subscribe
International
India
Africa
The House of Representatives is considering a new bill to provide additional small business relief and extend the loan forgiveness period of the Paycheck Protection Program (PPP). However, investigative reporter and columnist Dave Lindorff told Sputnik that small businesses are likely to miss out once again.

The first aid bill, the $2 trillion Coronavirus Aid, Relief, and Economic Security (CARES) Act, was signed into law by US President Donald Trump on March 27. However, the measure only allocated $350 billion to help small businesses during the economic downturn caused by the coronavirus - the vast majority went to Wall Street to stabilize the financial system.

House Speaker Nancy Pelosi on Tuesday stated that Democrats plan to include an extension of the PPP in the next coronavirus relief bill, the draft text of which could be available as early as next week. The PPP loans currently “provide businesses ten weeks’ worth of payroll,” according to an article by Roll Call.

“It’s all about big business in the Senate,” Lindoff told Loud & Clear host John Kiriakou on Wednesday, referring to the fact that only the House of Representatives appears to be concerned with topics such as small business loans.

“Small businesses get shut out, apparently. They can’t fill out the loan applications fast enough, the money gets gone by the time they apply, and also the other thing: when you do it the way the Senate’s doing it, it’s like an open invitation to corruption … You just know that the people who own the small businesses and need to pay employees with the money - you get thousands and thousands of businesses that get this money, and it’s supposed to go to their employees … Are they really going to give the money to employees?” Lindorff added.

Pelosi also revealed Tuesday that Democrats plan to remove a measure in the small business relief program mandating that businesses spend 75% of their loans on payroll. The measure limits the amount of money small businesses can allocate to rent and other expenses. Companies with high fixed costs such as rent have stated that the PPP’s spending restrictions are negatively impacting their business.

“I don’t even know why we have that in there,” Pelosi said Tuesday. “I guess to make sure people are spending it on employees. But we want to help the business; we don’t want to complicate [things].”

“What they do in Europe is the government pays a subsidy additional wage to employees of companies, so they can stay on the job and not be laid off. In different countries it’s different percentages … they keep people on the job so that the employer a year later doesn’t have to go find and train new employees and they’re ready to go when the economy picks up. And that money goes straight to the employee from the government as a subsidy, which makes an enormous amount of sense. And we don’t do that, because we have to have the free market handle all of this stuff,” Lindorff explained.

Lindorf says he’s “not expecting much” good for small businesses to come from the new bill.

A recent report by the Institute for Policy Studies think tank found that between March 18 and April 10, the collective wealth of American billionaires increased by $282 billion, or 9.5%. The country’s richest have continued to become richer while tens of millions of Americans lose their jobs. The CARES Act provided tax cuts to wealthy Americans while only sending a $1,200 stimulus check to the average American.

“What’s needed is to keep people alive without jobs, because we’re facing epic unemployment. We’re moving into Great Depression numbers of unemployed. Obviously those people need money, and in an economy that’s 73% to 75% based on consumer spending, which is dried up, the first thing that needs to happen is put money in people’s pockets,” Lindorff said.

“And the kind of money they are pouring into the banks is so epic compared to what would be required to subsidize the unemployed and the marginally employed in this country and keep them going … That’s what they should do, but they’re not going to, because it flies in the face of the American ‘Lift yourself up at your bootstraps’ methodology,” he noted.