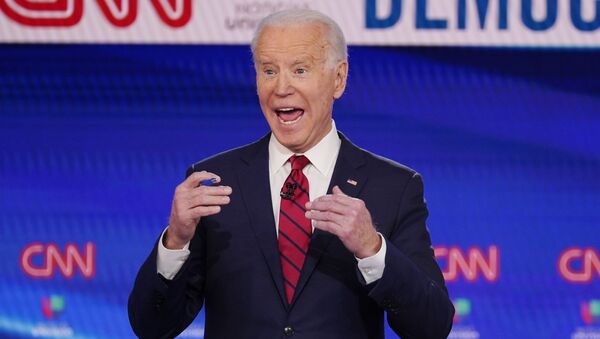 © AP Photo / Evan Vucci
Subscribe
Tara Reade is calling for presumptive Democratic nominee and former US Vice President Joe Biden to drop out of the 2020 presidential race and says that her speaking out about the alleged 1993 sexual assault has resulted in attacks from Biden surrogates and even a death threat.