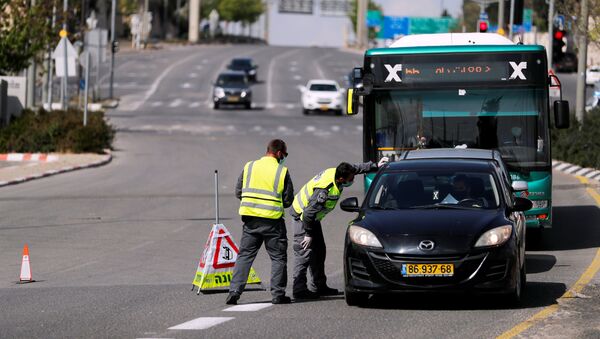 The project, known as the 'Hawk-Eye' program, was said to have begun secret operations in 2014, collecting data on Israeli-owned vehicles by using smart cameras distributed across all parts of the Middle Eastern country.

Israel’s police forces are gathering a huge secret database on the movement of cars belonging to Israeli citizens, including those not suspected of any wrongdoing, across the country without clear oversight, The Times of Israel reported on Wednesday, citing a local news outlet.

According to the report, police collect video of cars recorded by means of smart LPR cameras capable of identifying license plates to determine whether the vehicle is stolen or if its driver’s license is expired.

The report claims that the videos are stored in a secret database for at least six months and for periods up to several years, citing a police source familiar with Hawk-Eye.

The aim of the surveillance program is reportedly to see where a car travels in case a driver or owner is suspected of involvement in a crime or a terror activity.

The report highlights that the Hawk-Eye program violates a 2012 regulation by the Justice Ministry which requires police to register such databases with the ministry and notify Israelis of their existence.

“What justification can there be for gathering this information when it is not regulated by any law or even an internal protocol?” asked attorney Anne Suciu of the Association for Civil Rights in Israel (ACRI). “Does any cop have the authority to access that database? When they access it, is there any record of it to verify they weren’t searching their ex-wife’s car?”

The report claims that the database is not a subject to any form of oversight.

According to The Times of Israel, police in response to the report said that the use of the Hawk-Eye program has been “validated by judicial means and used in an orderly fashion when needed”.