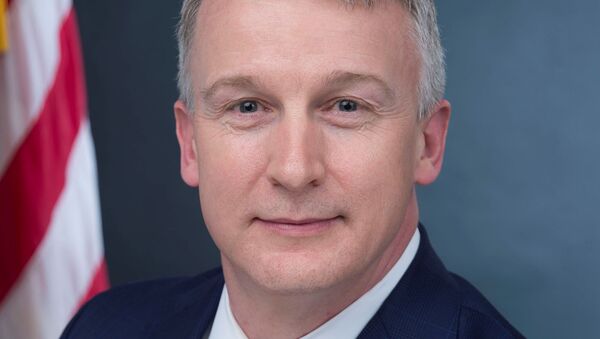 Earlier, former leader of the US federal vaccine agency Dr. Rick Bright claimed he was sidelined as “retaliatory treatment” for raising science-based concerns about White House policies on treating COVID-19 and vaccines.

Dr. Rick Bright, the former director of Biomedical Advanced Research and Development Authority (BARDA) - the US department involved in developing a COVID-19 vaccine – has filed a formal whistleblower complaint alleging he was demoted to a “less impactful” position for raising concerns over President Donald Trump’s promotion of a specific treatment for the disease, while his early warnings about the coronavirus were disregarded, reports CNN.

In the complaint, Bright reveals he is seeking reinstatement as BARDA's director and demanding a full investigation into the circumstances around his sidelining.

"I was pressured to let politics and cronyism drive decisions over the opinions of the best scientists we have in government," Bright was cited as saying after filing the 89-page complaint, which includes 60 pages of exhibits.

Scepticism and surprise were the only response Bright claims to have received after his warnings to superiors regarding shortages of critical medical supplies, including N95 masks, as the respiratory disease was fast spreading beyond China. 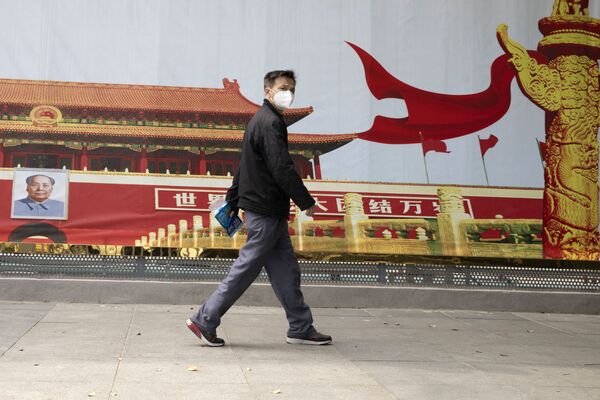 Despite some officials in the Trump administration, like White House trade adviser Peter Navarro, allegedly sharing his concerns, the vaccine scientist cites a deplorable overall lack of action at the top of the US administration, adding that he was eventually cut out of COVID-19 response meetings.

Bright claims he alerted officials at the Department of Health and Human Services to the lack of due preparedness for the outbreak as far back as in January, yet the reaction was "indifference which then developed into hostility".

The former vaccine chief cites previous disputes with HHS leadership, including Secretary Alex Azar and Robert Kadlec, the assistant secretary for preparedness and response, as also jeopardising his position.

"Dr. Bright pressed for urgent access to funding, personnel and clinical specimens, including viruses, which he emphasised were all critically necessary to begin development of lifesaving medicines needed in the likely event that the virus spread outside of Southeast Asia… Secretary Azar and Dr. Kadlec responded with surprise at Dr. Bright's dire predictions and urgency and asserted that the United States would be able to contain the virus and keep it out of the United States," reads the complaint.

Subsequently, Bright says he openly questioned US President Donald Trump’s promotion of hydroxychloroquine as a cure for the COVID-19 disease, making his position known to the HHS's leadership when they sought to make "potentially harmful drugs" available for treating the respiratory disease despite a lack of reliable testing. 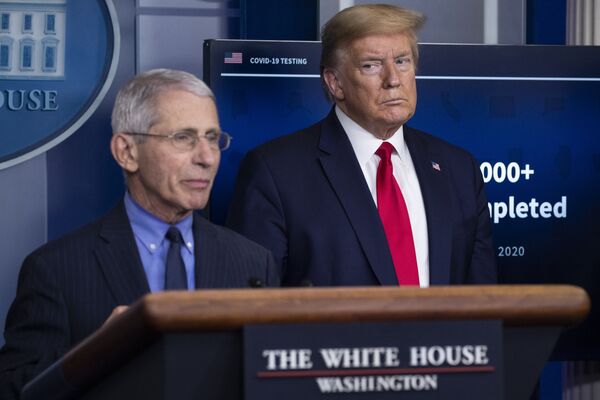 Dr. Anthony Fauci, director of the National Institute of Allergy and Infectious Diseases, about the coronavirus, as President Donald Trump listens, in the James Brady Press Briefing Room of the White House, Friday, April 17, 2020, in Washington
© AP Photo / Alex Brandon

Trump had previously suggested that taking hydroxychloroquine, an anti-malarial drug, and azithromycin together was an effective treatment for COVID-19. The US President had claimed this might “have a real chance to be one of the biggest game changers in the history of medicine.”

By mid-March, Bright and other officials, says the complaint, were increasingly pressured by top HHS officials to make chloroquine and hydroxychloroquine widely available to the public.

"His efforts to prioritise science and safety over political expediency and to expose practices that posed a substantial risk to public health and safety, especially as it applied to chloroquine and hydroxychloroquine, rankled those in the Administration who wished to continue to push this false narrative," says the complaint filed by Bright.

Despite having led the Biomedical Advanced Research and Development Authority since 2016, Rick Bright was reassigned in late April to a narrower position at the National Institutes of Health.

According to the scientist’s attorney, Bright is set to testify before a subcommittee of the House Energy & Commerce Committee on 14 May, after the chairwoman of the House's Health Subcommittee, Democratic Rep. Anna Eshoo, had been cited by CNN in April as intending to summon him before a panel to review his removal.

"Dr. Bright was transferred to the NIH to work on diagnostics testing - critical to combatting COVID-19 - where he has been entrusted to spend upwards of $1 billion to advance that effort… We are deeply disappointed that he has not shown up to work on behalf of the American people and lead on this critical endeavour."

In a tweeted response, the scientist’s spokeswoman Kendra Barkoff Lamy said Bright had taken sick leave after his removal caused his health to deteriorate.

Dr. Bright has not been given any details about his new assignment or what his new job would entail; nonetheless, under his doctor’s direction, he has been on sick leave due to hypertension caused by this current situation. https://t.co/U6Cl3qbAI6

​Bright's attorneys argue his demotion amounts to a violation of the Whistleblower Protection Act, claiming he "engaged in numerous instances of protected activity".