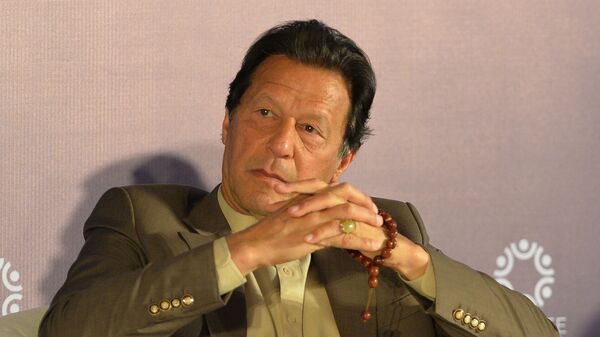 © Photo : AAMIR QURESHI
Subscribe
International
India
Africa
New Delhi (Sputnik): India and Pakistan have been exchanging cross-border fire for over a month, killing and injuring civilians on both the sides. The two countries have been at the loggerheads over Kashmir since 1947 but relations turned tense after August 2019 when India stripped the state of its special status.

Pakistani Prime Minister Imran Khan continued his verbal assault on India on Wednesday by asking the international community to take action against New Delhi's "reckless moves" before it “jeopardises peace and security in South Asia”.

The comments came after police in Jammu and Kashmir confirmed the killing of Riyaz Naikoo, top commander of the Kashmir-based Hizb-ul-Mujahideen terror group in the Sharshali Khrew area of Awantipora.

Chief of Kashmir's Top Terror Group Shot Dead as India Launches Massive Operations
A week after accusing India of "war crimes" on the Indian side of Kashmir, Khan again took to Twitter to express his resentment towards India’s actions in the disputed region.

He tweeted: “I have been warning the world about India's continuing efforts to find a pretext for a false flag operation targeting Pakistan. Latest baseless allegations by India of "infiltration" across LoC are a continuation of this dangerous agenda.”

India has time and again accused Pakistan of supporting terrorists in Kashmir for the instability in the region. However, the allegations have been rejected by Islamabad which describes it as “indigenous Kashmiri resistance”.

Khan also said: “The indigenous Kashmiri resistance against the Indian Occupation is a direct consequence of India's oppression and brutalisation of Kashmiris. The fascist policies of the RSS-BJP are fraught with serious risks. The international community must act before India's reckless moves jeopardise peace and security in South Asia”.

India and Pakistan are engaged in relentless cross-border firing, killing civilians and security personnel on both sides.

India and Pakistan have shared a fragile relationship since independence from British rule in 1947 but it deteriorated after New Delhi stripping Jammu and Kashmir of its special status in August. Since then, Pakistan has been trying to take the Kashmir conflict to international platforms such as the UN.