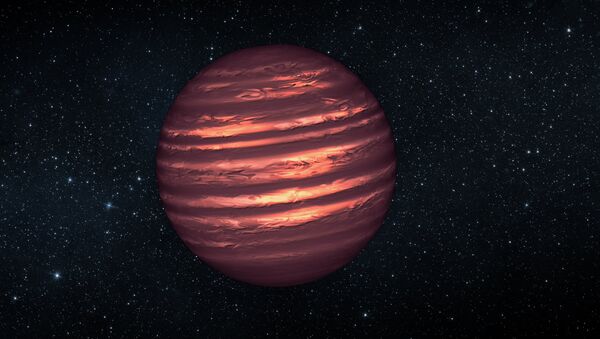 Dubbed "failed stars”, brown dwarfs are classified as an intermediate step between planets and stars, having formed in a way similar to stars, but lacking the mass required to jumpstart hydrogen fusion in their core.

New studies of a brown dwarf, Luhman 16A, located 6.5 light-years from Earth in the constellation of Vela, seem to suggest it has stripes of clouds circling its entire globe, similar to planet Jupiter.

Luhman 16A is part of a binary system with another brown dwarf, Luhman 16B.

This is the third closest system to our Sun after Alpha Centauri and Barnard’s Star.

What makes the research, “Detection of Polarization due to Cloud Bands in the Nearby Luhman 16 Brown Dwarf Binary” and published in The Astrophysical Journal striking is that these bands, which have previously been seen around a brown dwarf, were observed using polarimetry. 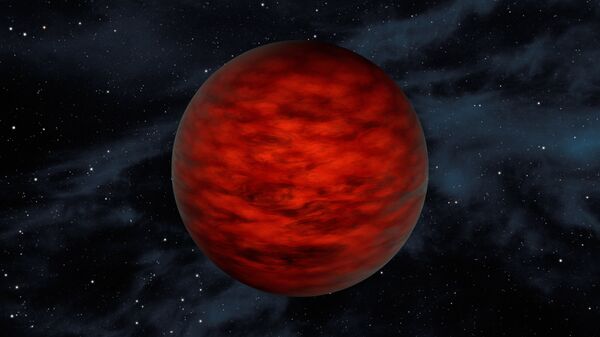 A young, free-floating world sits alone in space in this illustration.
© NASA . JPL-Caltech

This technique of taking measurements of objects based on the way the light they emit is polarised isn’t new, yet its use has been expanding in efforts to probe the cosmos along with recent strides that science has been making.

When reflected off particles, light can favor a specific angle of polarisation, and by taking measurements of this preferred polarisation of light from a distant system, the presence of clouds can be detected.

“Even from light-years away, we can use polarisation to determine what the light encountered along its path,” said Julien Girard of the Space Telescope Science Institute in Baltimore, Maryland, a member of the discovery team.

Using an instrument on the Very Large Telescope in Chile, the astronomers studied polarised light from the Luhman 16 system.

“Instead of trying to block out that glare, we’re trying to measure it,” lead author of the study Max Millar-Blanchaer of the California Institute of Technology (Caltech) in Pasadena, California, was quoted as saying by Hubblesite.

Comparisons against models with diverse properties were made in the course of the research to determine what the light encountered on its way.

“We found that only models of atmospheres with cloud bands could match our observations of Luhman 16A,” added another member of the study, Theodora Karalidi of the University of Central Florida in Orlando, Florida.

Brown dwarfs, often referred to as “failed stars”, occur when collapsing clouds of gas and dust don't manage to form stars, because of inadequare mass. The latter is needed to jumpstart nuclear fusion in their core. The brown dwarfs are believed to experience a subsequent cooling and contracting similar to white dwarfs.

With their classification as something between a planet and a star, studying them is touted as a means of learning more about stars and planets.