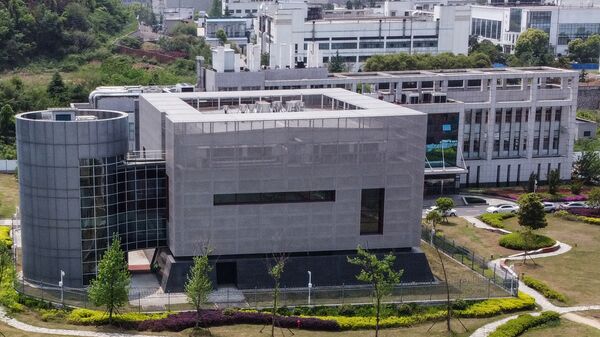 While scientists' attention is focused on a vaccine for the new coronavirus, politicians have begun raising questions as to where the virus came from. As the blame game goes international, a high-security lab at the epicentre of the pandemic in China has risen from obscurity.

As is often the case with the ever-changing viruses, SARS-CoV-19, the invisible newsmaker of the past four months, still remains a tough nut to crack.

With its genome fully sequenced, little is known about the origins of the virus, which has infected over 3,680,000 people worldwide and killed over 257,000. The World Health Organisation believes that it has natural origin and was not produced in a laboratory.

But US President Donald Trump, an outspoken fan of conspiracy theories, has publicly claimed he saw trustworthy evidence that the virus had been unleashed from a lab in the central Chinese city of Wuhan. He has not clarified whether he was referring to a deliberate or accidental release of SARS-CoV-19 and has yet to present evidence to back his claim.

The narrative clashes with the wide scientific consensus that the virus had originated in animals, possibly in bats, and then infected humans, whether directly or through a yet-unknown intermediate host (pangolins, for example).

China has pushed back on the lab leak accusations, but a growing chorus of voices in the West are calling for an independent probe into the origins of the new coronavirus. The US-China spat marked a big break for the Wuhan lab, yet for an unwanted reason. Here's what we know about it.