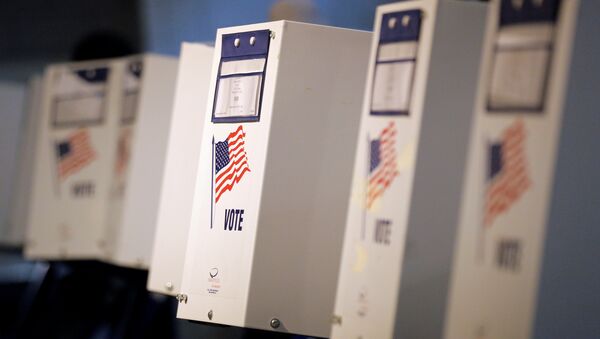 According to court documents uploaded by Courthouse News' Adam Klasfeld, the decision was handed down after tech entrepreneur and former Democratic presidential candidate Andrew Yang filed a lawsuit against New York election officials.

US District Judge Analisa Torres said in her 30-page opinion that while the government argued that the cancellation was part of an effort to help stop the spread of the COVID-19 novel coronavirus, "the Court is not convinced that canceling the presidential primary would meaningfully advance that interest."

"Even if not every voter can vote by mail — because they fail to request or do not receive an absentee ballot, because they need assistance voting, or because they are ineligible to cast an ordinary ballot but may cast a ballot with an affidavit, there is no doubt that many voters will avail themselves of the opportunity to do so," Torres added.

“[T]he removal of presidential contenders from the primary ballot not only deprived those candidates of the chance to garner votes for the Democratic Party’s nomination, but also deprived their pledged delegates of the opportunity to run for a position where they could influence the party platform, vote on party governance issues, pressure the eventual nominee on matters of personnel or policy, and react to unexpected developments at the Convention,” Torres wrote.

“And it deprived Democratic voters of the opportunity to elect delegates who could push their point of view in that forum.”

The decision means that candidates who earlier dropped out of the race, including Bernie Sanders, will be restored to the New York primary ballot.

While former US Vice President Joe Biden is the presumptive nominee for the Democratic Party in the upcoming presidential election, and Senator Bernie Sanders (I-VT) has suspended his campaign, Bernie 2020 Senior Adviser Jeff Weaver argued on April 27 that "every state should have the right to express their preference."

Rep. Alexandria Ocasio-Cortez (D-NY) supported the statement, expressing that her home state was establishing a dangerous precedent with the primary's cancellation.

The collection of additional delegates by Sanders would mean the senator could better advocate for his policies to be included in the overarching party platform at the Democratic convention in the summer.