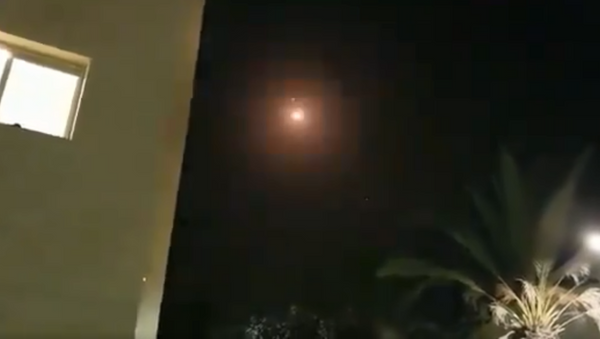 The IDF tweeted about the incident Tuesday.

Social media reports indicate that the rocket landed in an open area.​

Hours after the deployment, a spokesperson for the IDF revealed that forces had used Israeli tanks to str​ike against three Hamas posts. It was noted that the development was a direct response to the projectile launched earlier in the day.

According to the Jerusalem Post, the late night launch was the first in about 40 days as the last strike took place toward the end of March.

The attack comes one day after an aerial missile attack over the northern Syrian city of Aleppo was reportedly prevented by the Syrian Arab Army's air defenses, according to state media.

On Sunday, the Syrian Foreign Ministry expressed the country's "strong condemnation and rejection" of the Israeli government's intent to annex additional Palestinian territories in the West Bank. Syrian media outlets have claimed that a number of airstrikes targeting the country between March 31 and April 27 have been launched by the Israeli Air Force.