'Highly Unlikely': 'Five Eyes' Reportedly at Odds With US Over Speculation on COVID-19 Lab Origin 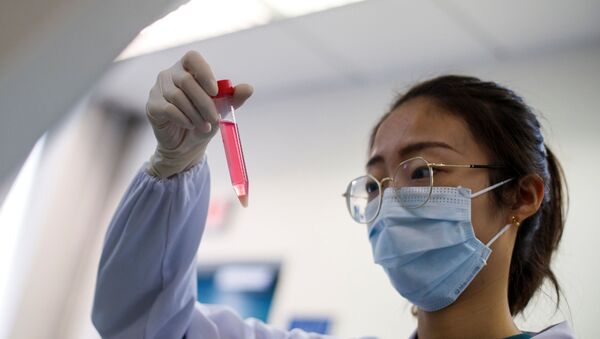 Washington has been ramping up accusations against China amid the COVID-19 pandemic, claiming Beijing covered up the initial outbreak of the virus, tampered with death toll numbers and that the virus accidentally escaped a laboratory in Wuhan, where the outbreak started in December 2019.

Information shared among the Five Eyes, the intelligence alliance comprising Australia, Canada, New Zealand, the United Kingdom and the United States, dismisses as "highly unlikely" speculations that the COVID-19 coronavirus outbreak originated due to an accident in a Chinese laboratory, writes CNN.

Instead, judging by an assessment put together by the intelligence-sharing coalition, the source of the current pandemic can potentially be traced to a Chinese market, claim two Western diplomatic officials cited by the outlet.

"We think it's highly unlikely it was an accident… It is highly likely it was naturally occurring and that the human infection was from natural human and animal interaction."

Member-states of “Five Eyes” are suggested as being increasingly unanimous in converging around this assessment, claimed the cited sources. 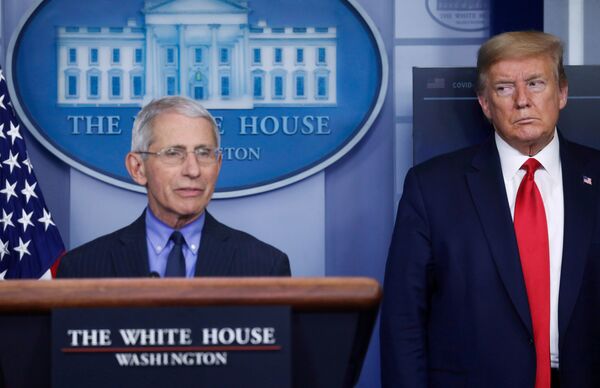 A third source was cited as acknowledging that the level of certainty voiced by Trump and Pompeo was "way out in front of" the current Five Eyes assessment, alleging there was yet nothing to disclaim that the virus originated from a laboratory.

Adding that there was no proof yet to substantiate this as a legitimate theory, the source said "clearly the market is where it exploded from". However, that leaves open the question of just how the virus reached the market.

More cooperation and transparency from the Chinese side could bring about greater certainty regarding the issue, underscored the source.

The possibility was also acknowledged that the US was not sharing all of its intelligence.

There has not yet been an official assessment of the information by the US.

The US intelligence community issued a statement on 30 April saying it is still working to "determine whether the outbreak began through contact with infected animals or if it was the result of an accident at a laboratory in Wuhan".

CNN has cited a senior Office of the Director of National Intelligence official claiming on Monday that there was evidence supporting both theories regarding the virus.

"We regularly share intelligence with our partners on a variety of threats and COVID is no different… The IC stands by the statement that the ODNI released last Thursday and we underscore three points: the IC believes the virus started in China. We're down to two theories and have evidence on both. We agree that it does not appear to have been purposeful."

The report appears to contradict earlier emphatic claims by US President Donald Trump and Secretary of State Mike Pompeo, who have been doubling down on the assertion that the virus originated from a laboratory in Wuhan, China, where the pandemic initially started last December, and accusing the country of a deliberate cover-up in the critical early stages.

The rhetoric from Washington at this point has not been substantiated by any proof.

In a Sunday interview with ABC, US Secretary of State Mike Pompeo spoke of "enormous evidence" that the outbreak of the respiratory disease originated in a Wuhan laboratory, stopping short of actually offering any details.

Statements by the former CIA director followed US President Donald Trump's claims on 30 April that he had seen evidence giving him a "high degree of confidence" the virus originated in a Chinese lab.

​Beijing has been forcefully dismissing all accusations, with the state-owned Global Times newspaper saying in an editorial on Monday that Pompeo had "stunned the world with groundless accusations."

"Since Pompeo said his claims are supported by 'enormous evidence', then he should present this so-called evidence to the world, and especially to the American public who he continually tries to fool,” says the editorial.

China has accused the US of “telling lies” about the pandemic to deflect attention from criticism at home over the Trump administration’s efforts to deal with the outbreak.

"They have only one objective: to try to shirk responsibility for their own epidemic and prevention and control measures and divert public attention," said Foreign Ministry spokesman Geng Shuang on 28 April.

As the world struggles with the pandemic, scientists both in China and the West have cited research indicating the virus is likely to have originated in bats and jumped to humans from an intermediate host, similarly to how the SARS epidemic started in 2002 and 2003.

The Office of the Director of National Intelligence in its Thursday meeting had emphasised that the "Intelligence Community also concurs with the wide scientific consensus that the COVID-19 virus was not man-made or genetically modified." 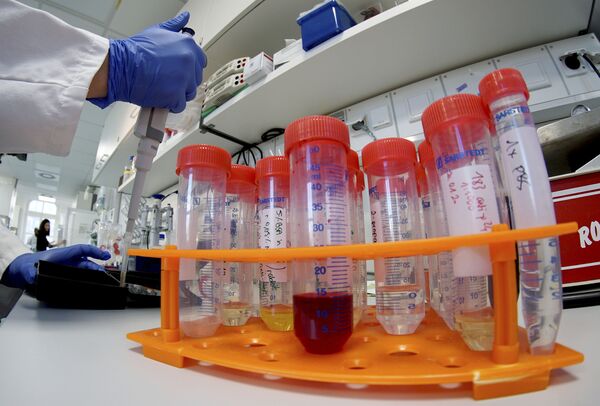 A lab assistant works on samples after an AP interview with Christian Drosten, director of the institute for virology of Berlin's Charite hospital on his researches on the coronavirus in Berlin, Germany, Tuesday, Jan. 21, 2020
© AP Photo / Michael Sohn

The World Health Organisation has not received any data from the US proving that the COVID-19 virus was not of natural origin, Michael Ryan, the organisation's executive director of Health Emergencies Programme, said. The WHO also called for a 'scientific-based' rather than a political probe into the origin of the coronavirus.

To date, the US has recorded more than 1.1 million cases of the coronavirus, with over 68,000 deaths related to COVID-19, according to Johns Hopkins University.