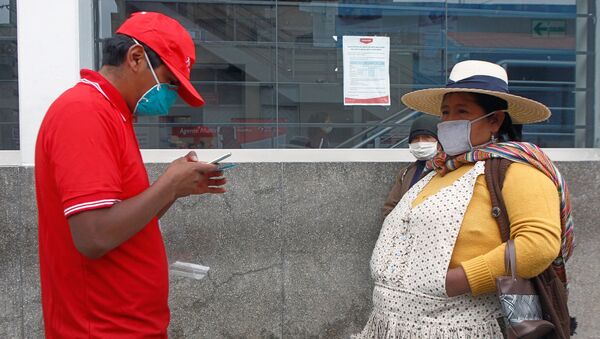 "Unfortunately, this pandemic is being used for political purposes. The entire group of parties that support Anez, and her Juntos alliance, use the armed forces to distribute material assistance across rural areas and conduct an [electoral] campaign," Morales said.

According to the former leader, instead of expanding new hospitals and equipping wards, the current government has closed seven hospitals, while 20 new ones, which were almost ready during Morales’s presidency, are still not equipped. He noted that though material assistance was important, it was not enough to fight the pandemic.

"Worst of all is what is happening in Trinidad [a city in northeastern Beni department], as there are no tests, they said that there are no infected people in the department ... But as they tell me ... almost 60 percent of health care workers are infected but not treated in hospitals. Families fight the virus using conventional medicine," Morales added.

The ex-president added that though the general elections were postponed to August due to the current epidemiological situation, people asked to hold them in May.

So far, Bolivia has registered more than 1,600 cases of the disease with the death toll standing at 82.