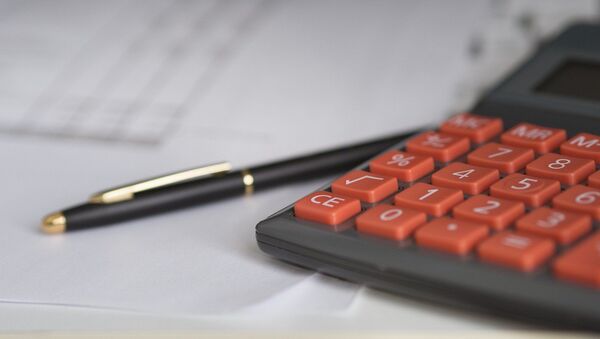 CC0 / /
Subscribe
International
India
Africa
New Delhi (Sputnik): The Indian retail sector, comprising 70 million small, medium and large traders, is known to be worth nearly $70 billion. Since the outbreak of the Covid-19 pandemic, the sector has been among those hit the hardest.

The Confederation of All India Traders (CAIT), representing the country’s business community, on Tuesday claimed that the retail trade has incurred $73 billion worth of losses in the last 40 days of lockdown.

According to the trade body, it fears at least 20% of Indian retail businesses collapsing in the next few months.

CAIT has urged Prime Minister Narendra Modi and Finance Minister Nirmala Sitharaman to look after the trading community and award a substantial package to traders so that they can survive.

CAIT’s Secretary General Praveen Khandelwal says Covid-19 has caused a huge irreparable dent in Indian retail trade which will have a devastating effect on the whole country.

“Indian retailers do a daily business of around $2 billion and the country is in a lockdown for over 40 days now. That means there is a massive loss of over $73 billion of business which is done by 70 million traders of India.”

According to CAIT’s National President B.C.Bhartia, at least 25 million traders in India are small in nature and do not have deep pockets to sustain this severe economic catastrophe. “They do not have enough capital to continue their operations in a scenario where their shops are shut for such a long period.”

He said: “On one hand they have to pay salaries, rentals, other monthly expenses and, on the other hand, they will have to deal with a sharp dip in disposable income of consumers along with strict social distancing norms which will not allow business to return to normalcy for at least 6-9 months.”

“It is quite appalling that the governments both -- Centre and State -- have not handhold the non-corporate sector which contributes more than 40% to India’s GDP and accounts for almost one-third of the total workforce of the nation. Instead, the government has given diktats that all businesses will have to pay their salaries, the banks will continue to charge interest and the landlords will continue to ask for rentals,” Bhartia added.

The traders’ body has alleged that there is no synchronisation between the central and state governments in implementing the guidelines.

It added that the Indian retail sector is on ventilator mode and without the immediate intervention of the Government, the sector will suffer unprecedented damage. “The economic pandemonium will be even bigger than the Corona pandemic.”

In order to combat COVID-19, Indian Prime Minister Narendra Modi imposed a countrywide lockdown on 25 March. Currently the country is under its third phase of the lockdown. The country's economy has been severely hit by the pandemic, however, the Indian government has allowed the reopening of several sectors since May 4.