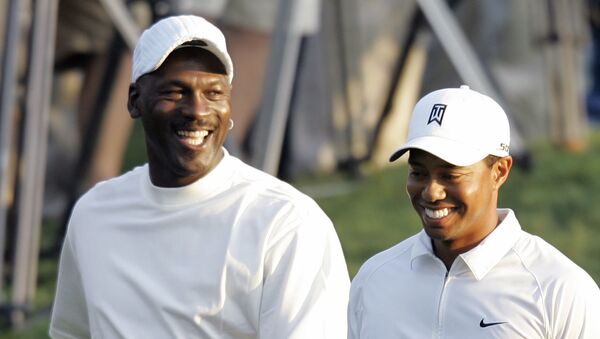 In the early 2000s, Tiger Woods, the winner of 15 major golf champions, made international headlines with a scandal surrounding his multiple cheating affairs. However, it seems that the prominent golfer felt kind of awkward next to girls in the start of his record-breaking career and needed the advice of a more experienced friend.

According to the former Chicago Bulls player, Tiger approached his basketball hero in one of the New York nightclubs to ask him how to pick-up women. However, all Jordan was able to tell his prodigy was simply: “Just go tell them you're Tiger Woods.” 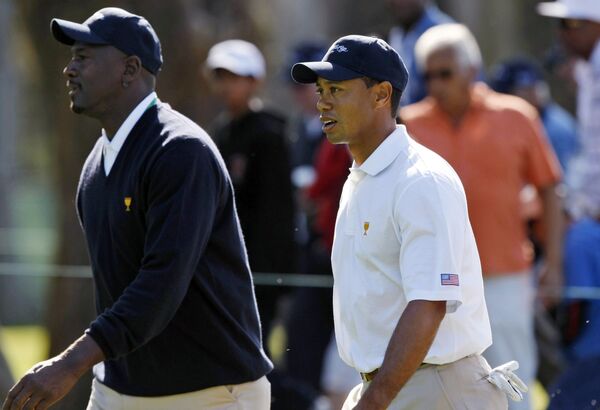 This happened more than ten years prior to a major scandal that is believed to have severely damaged Woods’ golfing career, after it turned out in 2009 that the Byron Nelson Award winner had serially cheated on his wife, the mother of his two children Elin Nordegren. The couple divorced in the end, with the scandal leaving a mark on Woods' subsequent records and tournaments. 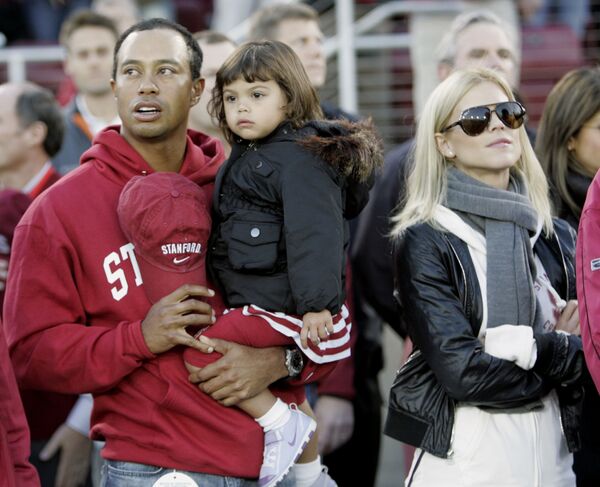 Tiger Woods with his daughter Sam and wife Elin are seen before the start of a NCAA college football game between Stanford and California in Stanford, Calif., in this Nov. 21, 2009
© AP Photo / Marcio Jose Sanchez

Jordan has also hit some bumpy paths during his basketball career due to his extensive love for women. It is believed, according to some accounts, that Woods was even warned in the start of his career by a friend of his family, lawyer John Merchant, not to get near the basketball legend.

Merchant even once told Yahoo Sports: “Michael can play basketball as well as anyone who’s ever played the game. There isn’t anything else that Michael is good at doing. Nothing!”

“And he’s had too many years of being out there in public. So he’s going to try to use you,” Merchant added.

However, the two sporting legends came out to be close pals in the end. Does it mean that Jordan’s advice came in handy?