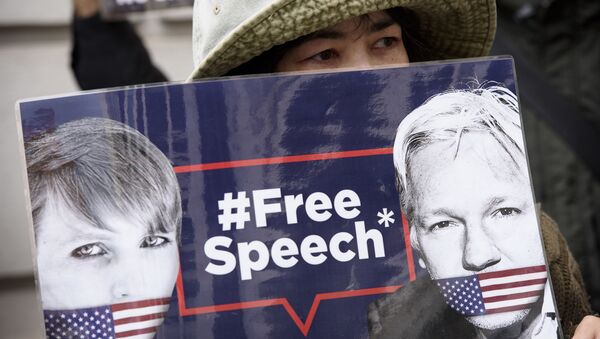 The correspondent who reported on the hearing noted that Assange was too unwell to appear and that the “next callover” is expected to take place on 1 June.

It appears that legal proceedings regarding the extradition of WikiLeaks founder Julian Assange won't be resolved anytime soon.

Delivering this reveal via a tweet on 4 May, AAP European correspondent Marty Silk, who has been covering the proceedings, reported that the extradition hearing has now been postponed until September and will apparently be held at "another Crown Court with better availability (could be outside London)".

- Hearing delayed until Sept
- Will be moved to another Crown Court with better availability (could be outside London)
- Assange too unwell to appear today, so next callover on June 1#Assange #WikiLeaks

​Silk also noted that Assange himself was “too unwell to appear today” so the "next callover" is expected to take place on 1 June.

WikiLeaks has confirmed the postponement.

​Julian Assange, Australian activist and founder of the whistleblower collective known as WikiLeaks, is currently awaiting a court decision on his extradition from the UK, where he is currently being held at the Belmarsh high-security prison, to the United States where he faces up to 170 years in prison on charges under the Espionage Act.