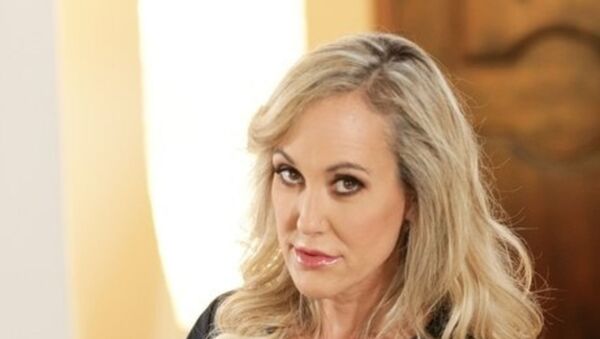 Speaking to the Daily Beast, Love said she voted for Trump because of his protectionist America First policy.

“Were there things I didn’t like? Of course,” she admitted. “But there’s never gonna be someone where I’m like, this is awesome. And my voter card may be Republican but I voted for Bill Clinton back in the day. For me, it’s always a matter of what is on the ticket and what is their agenda—and then you just hope they do what they said.”

Love, who describes herself as a conservative and a Christian, believes that she is not welcome among those on the right or the left. “The left thinks I’m being exploited; the right thinks I’m wearing a scarlet letter,” she explained.

She singled out her critics from the feminist movement, which is mostly represented by supporters of so-called liberal values: “They hate me, which seems hypocritical because they push for women to have equal rights and push for women’s power. I have it. I have the power and I’m making the money, and yet they hate me. Go on my Twitter feed, you’ll see.”

Love recounted that she herself has lost some friends because of the dramatic polarisation of opinions. “In the last eight to 12 years, we’ve become so polarised that, even if someone’s known me for 10 years, I’ll tell them I voted for Trump and they’ll go, Oh my God! How could you fking vote for that guy? And I’m like, Wait, we’re friends, man. I know you. I’m more than a voter-registration card, am I not?”