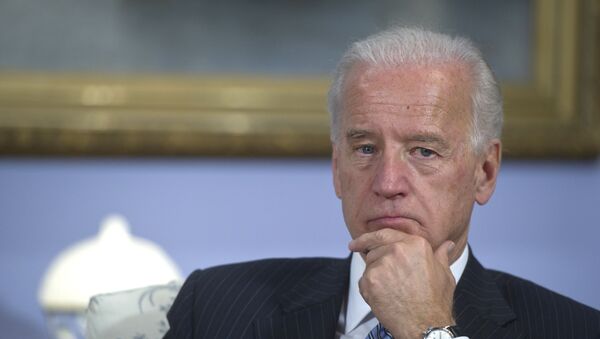 © Sputnik / Sergey Guneyev
/
Go to the mediabank
Subscribe
International
India
Africa
Democratic presumptive nominee Joseph Biden has come under fire for allegedly sexually abusing a Senate employee 27 years ago. American observers have weighed up whether the purported episode could cost the former vice president his nomination.

Asked by Mika Brzezinski whether he would unseal the documents stored in the National Archive and the University of Delaware to find Reade's supposed complaint against him, Biden said he was okay with the first option but resisted the latter one insisting that there were no records concerning Tara Reade among his Delaware papers.

"I watched the entire Joe Biden interview, and I have to say that it did him far more harm than good", says Ethan Ralph, founder of a conservative website, The Ralph Retort. "He seemed lost, got tripped up on basic questions, and even got angry at the woman interviewing him, Mika Brzezinski. Needless to say, when you're being accused of sexual assault, it's not good look to get red with anger at a woman on live television".

The former vice president has been repeatedly accused of inappropriate touching and displays of affection towards women, which he addressed last year, saying that he would be more mindful about respecting other people's personal space.

However, speaking to podcast host Katie Halper late March 2020, Tara Reade revealed that 27 years ago Joseph Biden, then senator for the US state of Delaware, forced her against a wall, put his hands under her clothes and penetrated her with his fingers. According to Reade's account of events she "chickened out" from accusing Biden of sexual assault at that time and filed just a limited report with a congressional personnel office without using such wording as “sexual harassment”.

This Friday Mika Brzezinski reminded Biden about his own remarks made during confirmation hearings for Supreme Court Justice Brett Kavanaugh in 2018 that if a woman is making charges of sexual assault she should be treated as if "the essence of what she's talking about is real". At that time Kavanaugh was accused of allegedly harassing Christine Blasey Ford in the summer of 1982. Responding to Brzezinski's Biden argued that the primary goal is to unravel the truth and the truth is that he had never assaulted Reade.

"I think the Democrats have sort of boxed themselves in on issues like these", Ralph opines. "For years, they have taken the hardline 'believe all women' approach. It even cost them a possible presidential nominee in Senator Al Franken".

The Ralph Retort founder deems that the left-leaning mainstream media were rather slow in reacting to Reade's story: "If this had been an allegation against President Trump, it would have hit the mainstream much sooner and also with a lot less doubt weaselling from those reporting it".

According to Business Insider, roughly 25 women accused Donald Trump of sexual misconduct since the 1970s, and especially during and after his 2016 presidential campaign. However, Trump dismissed the allegations as "lies".

Still, Ralph does not think the recent disclosure "will disqualify Biden"; however, "it definitely gives Trump an easy comeback and perhaps it will keep Biden from focusing on the topic altogether".

"If so, that's a tactical victory for Trump", he suggests.

"If I had to bet, I would think that it is more likely that Mr. Biden will be the nominee, although he will not be in a position to raise any issues of sexual impropriety against Mr. Trump," agrees Stephen B. Presser, Raoul Berger professor emeritus of legal history at Northwestern University School of Law.

Presser explains that there seems to be little chance that Tara Reade's purported complaint would surface, so unless other women step forward describing similar incidents involving the former vice president, Biden "will probably successfully be able to deny that the incident ever occurred".

The handling of Kavanaugh's case by the press was starkly different from how it treated Biden, Presser underscores: "The mainstream media ran 24/7 for several days with the allegations against Brett Kavanaugh, while they were largely silent for six weeks regarding the one against Mr. Biden," he says, adding that "what the Democrats did to Brett Kavanaugh was utterly unpardonable". 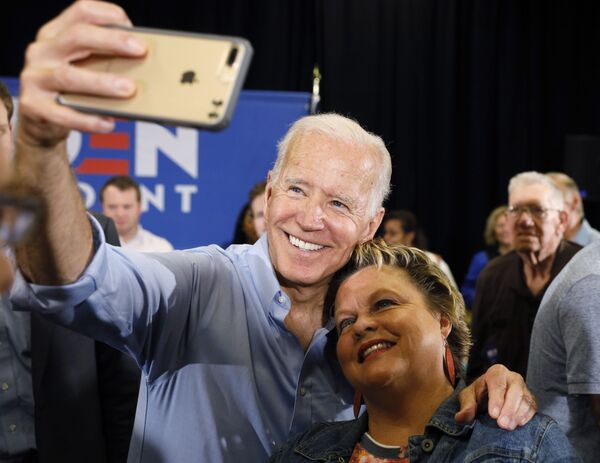 It appears that Biden will resort to an "avoid, delay, deny, and evade" tactics, deems David E. Kenney, an American attorney and political commentator. Recollecting the story of General David Petraeus who was caught having an extramarital affair with Paula Broadwell and forced to resign, the attorney suggests that unlike the general Biden will never fess up.

"Joe Biden is not going to fess up because to do so will ruin his already wrecked career", he explains.

According to Kenney, Biden has much more in his closet than the alleged sexual misbehaviour: "Who cares if Joe was a little too 'hands-on' with someone who wanted his 'hands off' her body"; his grip on China, California, and Mexico concerns me", he says referring to ex-Vice President Joe Biden's controversial political record and his son Hunter's questionable foreign business deals.

Biden "is involved in things unbelievably worse than this even if proven", agrees political analyst Marcus Godwyn.

Reade came forward in spring 2019 accusing Joe Biden of inappropriate touching along with other seven women complaining about the politician's advances. It took her a year to work up the courage to accuse the former vice president of a full-fledged sexual assault. According to Reade's interview with The New York Times, she informed three Biden senate staffers about the incident. However, they denied being aware of the episode.

Nevertheless, in late April, Reade's former neighbor Lynda LaCasse told Business Insider that Reade told her about the alleged sexual abuse in detail in the mid-1990s. Reade's former colleague Lorraine Sanchez also confirmed to the Insider that Reade was seriously concerned about her boss's behaviour. The media outlet also cited a "Larry King Live" video from 1993 allegedly featuring Reade's mother who called to the show anonymously and complained about her daughter's problems with a "prominent senator."