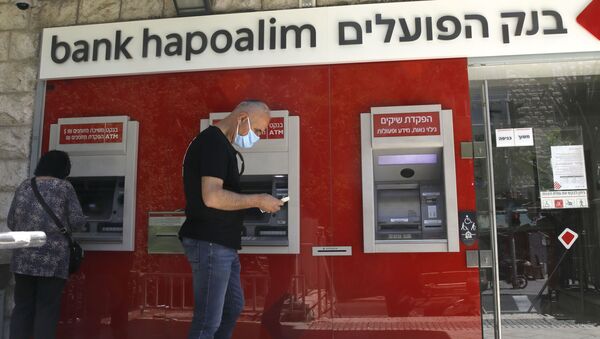 While Israel eases restrictions and opens up businesses as the number of COVID-19 cases continues to drop, some Israelis are still struggling financially, saying the assistance the government gave was too little and came too late.

The number of people with COVID-19 continues to drop in Israel, while the number of those in serious or critical condition is decreasing, the country's National Security Council (NCS) said, releasing a detailed document on the pandemic.

Although the disease has claimed the lives of more than 225 Israelis, with over 9,000 people still being treated in hospitals across the country, the NCS believes the situation in Israel is much better than in the rest of the world.

As a result, Israel has started to slowly lift restrictions that were imposed in the middle of March in an attempt to curb the spread of the disease and that included the shutting down of businesses, public institutions and governmental offices.

For Irina Goldberg, who runs a beauty salon in the northern city of Haifa, the decision to reopen businesses provided a sigh of relief.

"When the mess started, I fell into a deep depression not only because I was not used to be sitting at home but also because I had realised that come April I would have no money to pay the bills with. Not will I have the money to pay salaries to my eight employees".

She is not alone. According to estimates, since the outbreak of the pandemic, Israel has closed down some 70 percent of its small and medium businesses that totalled more than 500 thousand back in 2018.

In an attempt to tackle the crisis that also led to unprecedented unemployment rates, Netanyahu pledged some $22 billion to keep the economy afloat, promising owners of small businesses monthly monetary assistance. But Goldberg says the money offered was way too little and came too late.

"We were promised some $1,700, which is low in itself, but all I received was $650. Others have gotten even less and I know for a fact that many more owners haven't received their money yet," she complained.

It was for this reason that on Thursday thousands of business owners took to the centre of Tel Aviv to protest against the government's unwillingness to help those who are at the core of Israel's economy.

Protesters had demanded the government to equal their rights to those of the country's employees as well as inact unemployment benefits for Israel's self-employed - demands that haven't been met yet.

Despite the fact that government's inaction has left Goldberg "disappointed", she said she was still grateful to Prime Minister Benjamin Netanyahu for closing down the country.

"In the end of the day that was a smart move. Hadn't he done it, we would have seen a much higher number of patients and deaths".

Thousands of Israelis feel the same. According to a recent poll, some 60 percent of Israelis believed Netanyahu did "a good job" while handing the health crisis that erupted following the outbreak of COVID-19 with an equal number of respondents giving him a low grade on the way he tackled the economic challenges caused by the spread of the pandemic.

No End in Sight for the Schooling System?

"It is great that the country is recovering and opening up, but for us to function, we need the government to open schools and kindergartens, something that they have been struggling to do," said Anna Gurko, a self-employed nail artist from Israel's north, who will now need to be splitting her time between handling a small child and making a living.

"There have been no kindergartens for a month and a half now. Given the fact that I couldn't work either, I stayed home with my child, relying on my husband, who has been working remotely. Now that the businesses are open, I will need to find my child an arrangement."

The problem is that that "arrangement" costs money, something that not many self-employed including Gurko, who has been home for the past seven weeks, can really afford.

On Sunday nearly a million Israeli students aged 6 to 8 and 16 to 18 are expected to go back to school, easing the pressure on many parents who have been struggling to work from home juggling chores and children's education.

However, younger children, numbering some 450 thousand are to remain at home, with kindergartners and nurseries set to open up gradually starting May 10. Schools across the country are set to open their doors by the end of May.