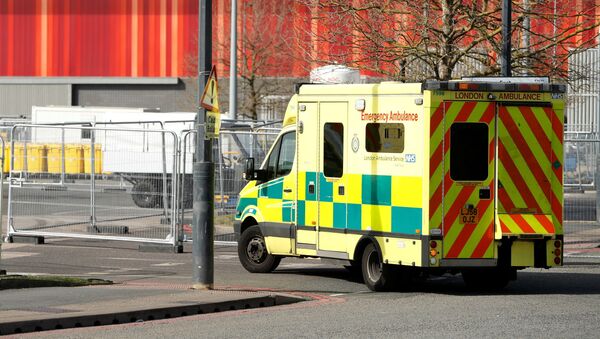 © REUTERS / John Sibley
Subscribe
International
India
Africa
Lilia Dergacheva
All materialsWrite to the author
As Boris Johnson has famously vowed to “fire up” the British economy, promising that his roadmap will cover all social sectors, it appears that healthcare issues might be dealt with jointly with the European bloc, which Britain formally exited on 31 January.

The UK is seeking “something akin to membership” of the EU’s early warning and response system (EWRS), which has played a critical role in coordinating Europe’s response to the coronavirus, as well as to earlier infection outbursts such as the bird flu, The Guardian reported, citing courses. According to an EU insider, the proposed scheme would be “pretty much the same” as membership of the EWRS.

“There was not much appetite from the UK at the beginning”, said the EU source, elaborating on the two sides’ plans, if any, to cooperate on health. “That’s been corrected. They are keen and they are keen to be seen to be keen. Both sides want close cooperation”, the source detailed.

However, healthcare issues were not even mentioned in the government’s written statement to Parliament, except for a reference to pharmaceuticals. The Daily Telegraph earlier reported that No 10 had given a no-go to the Department of Health’s proposal to be part of the EWRS.

A government spokesperson did not respond to a question about whether the UK was seeking a form of membership or participation in the EWRS, but referred to the February negotiating objectives. However, the UK has since seen the onset and the climax of the coronavirus health crisis, which personally affected PM Boris Johnson and a number of senior government officials - something that is understood to have possibly made the authorities change their stance on joint efforts with the EU.

In what appears to be another, albeit indirect, sign of Britain zeroing in on the said type of cooperation with Europe, The Guardian has found that the UK attended all five of the EU’s Health Security Committee meetings on the coronavirus pandemic in April, an absolute attendance record, given that between 17 January and 30 March the UK attended no more than 70% of healthcare gatherings.

In April, officials sat down for discussions on lockdown exit strategies and a joint procurement scheme on therapeutics in intensive care.

Earlier, it was reported that the UK had stayed away from partaking in a few joint programmes spearheaded by the EU to bulk-purchase medical kits expected to come in handy during the pandemic.

For instance, in mid-April, European medics were preparing to receive the first of €1.5 billion worth of personal protective kits as part of a joint procurement scheme. The agreement saw as many as 25 countries and eight companies participate, according to cited internal EU documents.

As per the latest UK Health Department estimates, 177,454 people had tested positive for the coronavirus as of 1 May and as many as 27,510 had died. The other day, Boris Johnson, who has luckily recovered from the infection himself, stated that the nation is “past the peak”, promising to “fire up” the economic engines and draw up a comprehensive roadmap to this end next week.