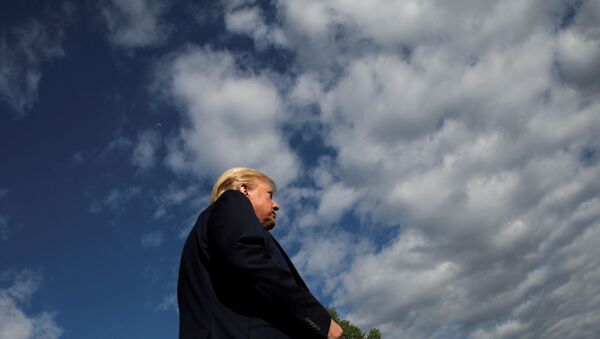 WASHINGTON (Sputnik) - US President Donald Trump says he is glad that North Korean leader Kim Jong Un appears to be well, as seen in photos released by state media.

On Saturday, North Korean newspaper Rodong Sinmun published photos of Kim Jong Un from the May Day celebrations, thus refuting rumors about his death. The photos show Kim opening the Sunchon Phosphatic Fertilizer Factory in the city of Sunchon, north of Pyongyang.

Trump took to Twitter to express happiness on the North Korean leader's "comeback", reposting the photos.

I, for one, am glad to see he is back, and well! https://t.co/mIWVeRMnOJ

On Saturday, South Korean state news agency Yonhap reported that Kim had made his first public appearance in 20 days.

On Monday, Trump said he had "a very good idea" about Kim’s status, but could not publicly disclose it. Trump also said he wished the North Korean leader well.