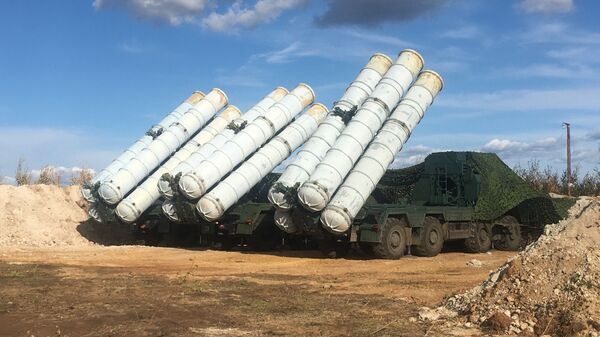 Tim Korso
All materials
The country was planning to make the newly acquired air defence systems operational in April despite numerous protests from the US, which had been pressuring Ankara to ditch the systems for good.

In April, Turkey was unable to deploy the S-400 air defence systems it obtained from Russia last year, as planned due to the ongoing pandemic, but will ultimately do so at a later date, Turkish presidential spokesman Ibrahim Kalin stated during an online conference with members of the Atlantic Council.

"There has been a delay because of the coronavirus but it will move forward as planned", the spokesman said.

Washington did not react to those statements, but vehemently opposed Turkey's decision to buy the Russian air defences and then strongly advised it against deploying them in April, repeatedly threatening the country with sanctions. The US claims that S-400s are incompatible with the NATO defence grid despite previously not opposing Greece purchasing its predecessor, the S-300. The White House also claimed that S-400s could expose sensitive information on modern F-35 jets to Moscow, despite both Russia and Turkey denying this possibility. Regardless of that, Washington decided to violate its end of the agreement with Turkey on F-35 supplies and froze the delivery of the jets, despite Ankara paying for both the aircraft's development and acquisition.

Despite the pressure from Washington, Turkey refused to ditch the deal with Russia on S-400s. Turkish President Erdogan noted that before opting for S-400s Turkey sought to buy Patriots from the US, but the latter refused to sell them at the time, thus forcing Ankara to seek alternatives.