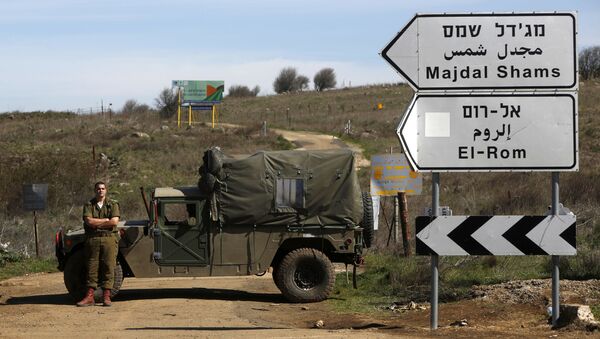 TEL AVIV (Sputnik) - The Israel Defence Forces (IDF) have refused to comment on the latest media reports on their overnight missile attacks on southern Syria.

"We do not comment on foreign media reports", a spokesperson for the IDF said.

On Monday, Syrian media reported that three civilians had been killed and four others had been injured as a result of an Israeli rocket attack on Syria's Damascus province.

Israel frequently conducts airstrikes on Syria under the pretext of countering Iran's alleged military presence in the neighbouring country. The Jewish state usually asserts that its strikes come in response to rocket attacks on Israel from Syria. Damascus views Israel's attacks as an assault on Syria's sovereignty.