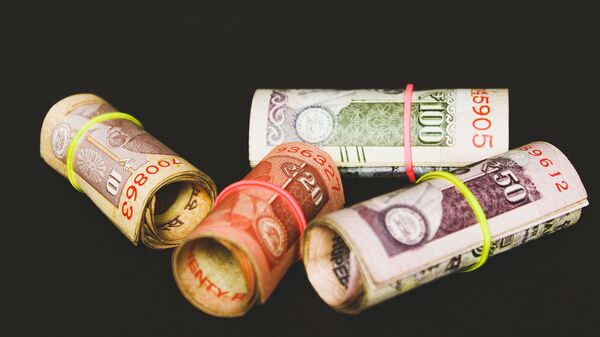 Radhika Parashar
All materialsWrite to the author
New Delhi (Sputnik): Amid an effort to avoid the further spread of COVID-19, India has slipped into social and economic hibernation. A nationwide lockdown was imposed on 24 March, jolting several poorer sections of society into a deep financial crisis. These include farmers, migrant workers, and the differently abled.

In order to support the vulnerable sections of society, including differently abled people amid the COVID-19 lockdown, the government of India announced a stimulus package of $22.36 billion in March. Later, however, a clause declaring that only differently abled people with over 80 percent physical disability can avail it left a large number of people red-faced.

Disabled Indians are furious as a sum of over $187 million in the financial aid for senior citizens and handicapped people was allocated by the government. To help poor daily wage workers, Prime Minister Narendra Modi announced the “Pradhan Mantri Garib Kalyan Yojna” – which entitled differently abled Indians to be provided with financial assistance.

However, the additional condition that requires a person to be disabled by 80 percent and above to avail the benefits of the financial aid is drawing major flak from India's disabled community.

In an interaction, Pururaj Moyal, a 42 percent disabled Indian, told Sputnik that other members of the handicapped community along with him have written to Prime Minister Modi, asking him to revoke the newly added clause and provide them with financial assistance amid the lockdown – where opportunities for them to find a suitable job are also next to nil.

​“It is a violation of the rights given to the UN Convention on the Rights of Persons with Disabilities, which entitles the government to provide economic relief to all disabled people – equally. That is what we want”, said Moyal, from Kota city in Rajasthan.

Physically abled Indians question the Government on its special condition for financial aid -- which only entitles specially abled people who are 80% disabled and above to get enocomic relief amid #Covid_19india .

It is noteworthy that the amount promised by the government to physically challenged Indians boils down to minimal ex-gratia cash worth INR 1,000 ($13 approx.) – even that now stands restricted in added the rules and conditions.

In another video message received by Sputnik, 60 percent disabled Anil Kumar Sisodia from the city of Gangapur in Rajasthan urged the government to help them in such critical times.

More messeges from the specially abled Indians to @narendramodi and @AmitShah -- asking them to review the 'unjust' 80% and above criteria for financial aid. @SputnikInt pic.twitter.com/1ge8Np3Zi5

​A parliamentarian from the governing Bharatiya Janata Party (BJP), Diya Kumari, also extended a written request to Prime Minister Modi, asking him to take urgent measures to support the disabled citizens of India with transparency and equality.

As of now, community leaders of disabled citizens in India have not received a reply from the prime minister’s office.

“When a lot is being done for the weaker sections of society like farmers and daily wage workers, why is the handicapped community neglected?" physically abled Indians posed a question to the country’s central government as they wait for their share of assistance and help.

"I am disabled by 45%. I urge the central government to provide financial aid to us, who are disabled above 40%," a message to @narendramodi-@AmitShah
.@SputnikInt pic.twitter.com/ZKz706J7r5

​A major chunk of younger differently abled people have been clashing with the government over their “deserved and earned” rights since last year.

In October 2018, thousands of specially abled youths demanding jobs clashed with police in the Indian capital of Delhi. The agitated youths alleged that despite having successfully cleared the government-conducted competitive exams, they were still being deprived of getting jobs in government offices.

Almost a month long, their winter protest on the cold streets of Delhi ended due to the eruption of communal riots in the national capital.

Reason why the protestors chose #MandiHouse was because thats where the @DDNewsLive channel is located.

They wanted their story covered so that they were given jobs they earned.