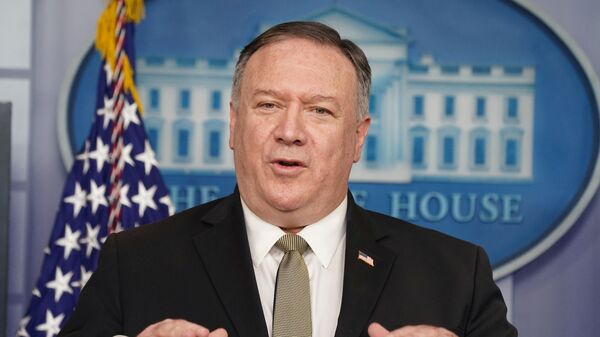 Tim Korso
All materials
US officials have repeatedly accused China of misreporting the real state of affairs with the COVID-19 outbreak. Additionally, the POTUS announced on 16 April that Washington would look into a theory that the virus was "leaked" from a Chinese laboratory that has been criticised by experts.

US Secretary of State Mike Pompeo has stated that he believes multiple laboratories exist in China that are working on contagious pathogens under "unknown security conditions". The US top diplomat also complained that the world was not given access to a virology institute in Wuhan, China, where the pandemic started.

"There are multiple labs that are continuing to conduct work, we think, on contagious pathogens inside of China today. And we don't know if they are operating at a level of security to prevent this [pandemic] from happening again. Remember this isn't the first time that we've had a virus come out of China", Pompeo stated.

This is not the first time that the US plays on the unconfirmed theory that the coronavirus originated in a Chinese laboratory and was "leaked" due to insufficient safety measures, a notion that was first promoted by the mainstream media. Earlier, Pompeo called on China "to come clean" and answer for allegedly starting the outbreak. Beijing has vehemently denied the allegations that it was responsible for the pandemic's start.

US President Donald Trump, in turn, announced on 16 April that Washington would conduct an investigation into the alleged lab origins of the virus.

"We are doing a very thorough examination of this horrible situation that happened", the US president said.