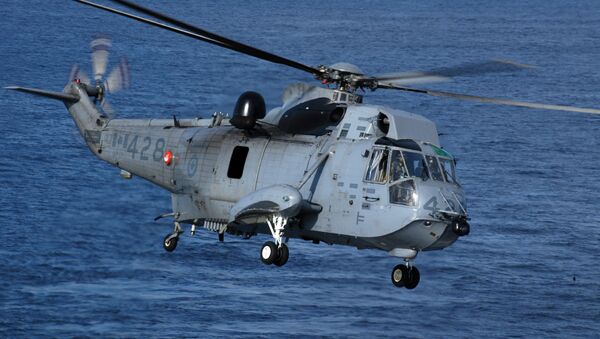 According to unspecified sources in the Greek Ministry of Defense, a Royal Canadian Navy CH-124 Sea King helicopter crashed in the Ionian Sea southeast of Italy on Wednesday afternoon.

Citing sources inside the Greek Defense Ministry, Greek Reporter said on Wednesday that a Canadian Sea King helicopter had crashed in the Ionian Sea. The chopper was reportedly carrying between three and six passengers. AFP also reported the crash, citing the Hellenic Air Force.

The missing chopper is believed to have crashed roughly 20 miles outside of Greek territorial waters while participating in naval exercises with Standing NATO Maritime Group 2, a fast reaction naval force based out of Naples, Italy. As the crash happened so far from land, Greek Reporter noted that NATO search and rescue teams were heading the rescue effort without asking Athens for help.

The warship from which the Sea King was flying was most likely the HMCS Fredericton, a Halifax-class frigate assigned to the group.

Built for the US Navy in the early 1960s, the Sea King was the world's first amphibious helicopter and has performed anti-ship, anti-submarine, cargo, and search and rescue duties for various countries for more than 50 years. The Royal Canadian Armed Force are due to retire their remaining Sea King helicopters in favor of the new CH-148 Cyclone, a military version of Sikorsky's S-92 utility chopper.