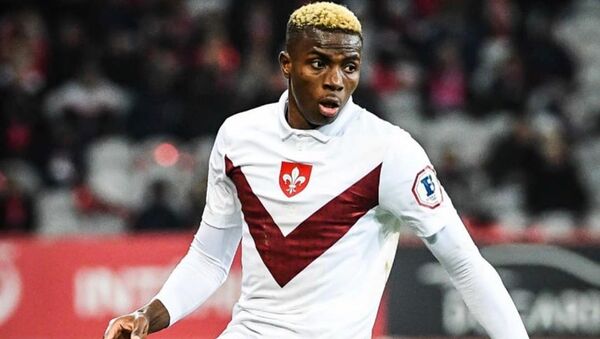 © Photo : victorosimhen9/instagram/
Subscribe
International
India
Africa
Despite the fact that all sporting events are suspended due to the COVID-19 outbreak, some football clubs have continued their hunt for top players.

Liverpool has kicked off negotiations with representatives of the Lille striker Victor Osimhen, and the Reds intend to get the player by the end of the season, according to the Daily Mail.

The 21-year-old Nigerian striker scored 18 goals for the French football club Lille this season, and also assisted partners six times. The footballer has reportedly been of a particular interest to such clubs as Chelsea and Leicester, too, but Le10sport.com believes that the front-runner in the hunt for the player is Liverpool. Lille OSC is reported to value the striker at £60m if he decides to leave the club in the summer.

Earlier, it was reported that Chelsea and Manchester United were also interested in the player. Now, according to the Daily Mail, Leicester has joined this list, and sees Osimhen replacing Jamie Vardi.

According to reports, Inter Milan also intends to compete for the transition of the Nigerian striker.