British Airways to Cut Up to 12,000 Jobs as Aviation Demand Plummets 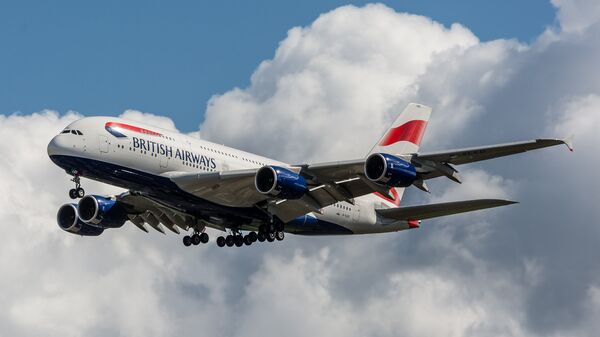 The coronavirus (Covid-19) pandemic that has afflicted the United Kingdom and the European mainland has led to an unprecedented decline in international travel, with airlines struggling to keep afloat as demand plummets.

British Airways (BA) could see up to 12,000 jobs losses as a result of the coronavirus crisis, its multinational owner International Consolidated Airlines Group announced on Tuesday.

The Anglo-Spanish holdings company, which also owns Iberia, Aer Lingus, and Vueling, revealed in a statement that its losses are expected to worsen as it enters the second quarter.

A restructuring scheme has been planned for BA after profits took a substantial 535 million euros ($580 million) first-quarter hit, compared to a 135 million profit just a year ago.

“British Airways is formally notifying its trade unions about a proposed restructuring and redundancy programme”, the statement said.

“The proposals remain subject to consultation, but it is likely that they will affect most of British Airways’ employees and may result in the redundancy of up to 12,000 of them.”

The company says that they do not expect demand to rise to sufficient levels for at least another 5 years.

Alongside the statement by IAG, BA chief executive Alex Cruz wrote a letter directly to staff pledging to "take action" in response to the worsening crisis.

"In the last few weeks, the outlook for the aviation industry has worsened further and we must take action now. We are a strong, well-managed business that has faced into, and overcome, many crises in our hundred-year history", he said.

In a letter to staff, CEO Alex Cruz said: “There is no Government bailout standing by for BA and we cannot expect the taxpayer to offset salaries indefinitely.” pic.twitter.com/RxSGMlDaeM