‘We Scatter Like Cockroaches’: US Troops Describe Pentagon’s Anti-Coronavirus Measures 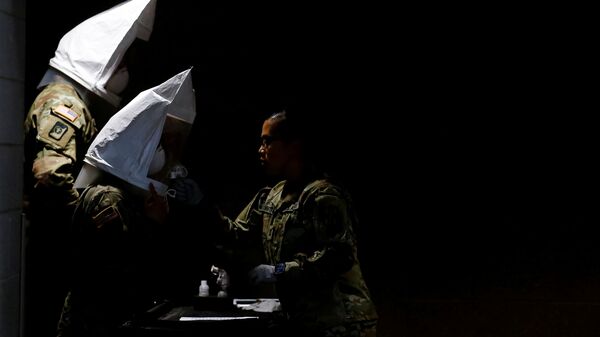 © REUTERS / LINDSEY WASSON
Subscribe
Ilya Tsukanov
All materialsWrite to the author
About 4,000 of the nation’s 1.4 million active duty troops have come down with COVID-19, with testing of personnel, plus the entire National Guard and reserve forces expected to take months to complete.

Pentagon Joint Chiefs vice chairman Gen. John Hyten believes that the pre-coronavirus “2019 normal will never exist against” for the military, and that means the US’s fighting forces will have to prepare to fight in a coronavirus world.

“We have to figure out how to operate and fight through a world where coronavirus exists. If we just wait for what, you know, everybody hopes is gonna happen, which is the disease goes away, and it doesn’t, and we haven’t planned for the – for the other case, we’re in a bad situation,” Hyten said, speaking to CBS News.

The senior officer admitted that despite twice daily briefings of the Pentagon’s crisis management team, the military “still don’t fully understand the virus…We had so many assumptions of what a virus would do, what a pandemic flu would do. And then when you actually see what coronavirus does, what COVID-19 does, it’s completely different,” he complained.

His sentiments were echoed by General Terrence O’Shaughnessy, head of US Northern Command, the force charged with US homeland defence. According to the general, military planning for the coronavirus “did not survive contact with the enemy.” Part of the problem, he said, was that although the military often practices in managing complex disasters, “where we might have an earthquake, maybe, that hit multiple states,” the coronavirus has instead affected all 50 states, something he said was “unprecedented.”

Despite its massive $686 billion budget, the US military has proven surprisingly unprepared to tackle the coronavirus pandemic. Last month, Pentagon officials complained that the armed forces had access to only 36 hospitals, most of them geared to combat casualties, not infectious diseases. The same problems were made apparent in the deployment of the military’s ad-hoc emergency tent hospitals, and its doctors, who are similarly more geared toward trauma care than to fighting viruses. 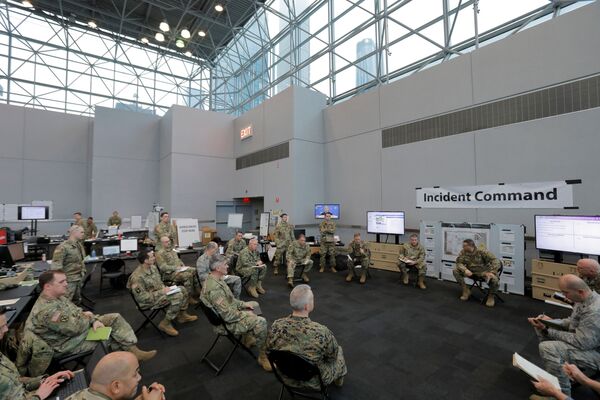 Earlier this month, Joint Chiefs Chair Gen. Mark Miley similarly said that he didn’t think “business as usual” was possible as far as US military operations were concerned. “There are countries out there, states that are very fragile, that are in various states of civil war or they have violence internal to their societies, there’s significant stress, as a result of this COVID-19 virus,” he said, referring to nations where the US maintains a presence, legally or illegally, such as Afghanistan, Iraq and Syria. “We’ve got to take a hard look at how we as a military, we as a Department of Defence conduct operations in the future,” Milley noted.

As coronavirus fears continue to spread, the Pentagon has rethought its recruit training strategy to try to prevent new cases among the military’s ranks, with  new recruits now required to wear facemasks, practice social distancing and account for enhanced hygiene requirements in their on base barracks.

“If your organization is infected by something like this, you know, these people, these initial entry trainees, are our combat power. So if they go down, or and if we can’t do it safely, then we are rendering ourselves obsolete,” David Castelow, a drill sergeant at Fort Jackson, a South Carolina bootcamp, told CBS.

Earlier this month, Army Chief of Staff James McConville ordered a two week halt in the training of new recruits as part of the military’s new anti-coronavirus directives.

“The toughest decision that we had to make was to cancel Defender 20,” McConville said, referring to the planned deployment of tens of thousands of US and NATO troops near Russia’s borders for the largest drills of their kind since the 80s. The Defender 20 drills, planned for April and May, were canceled last month amid fears that they would lead to a catastrophic spike in infection rates among troops. 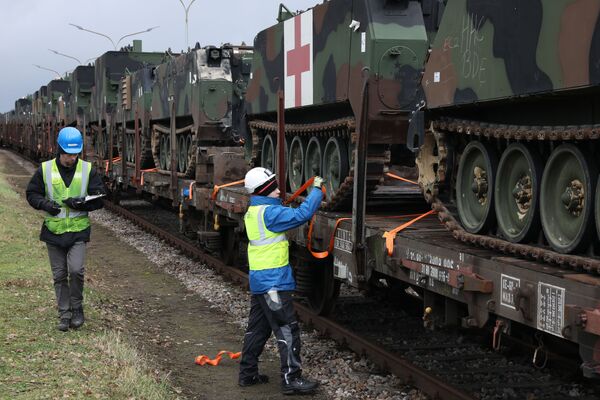 Brig. Gen. Pete Fesler, an Air Force pilot stationed at the the US’s Cheyenne Mountain nuclear command post, said the virus has been a frustrating experience for the troops. “You train in your career to fight an enemy that you can see. This is one that you can’t.”

The Cheyenne Mountain facility too has taken measures to prevent COVID-19’s spread, with personnel subject to 14 day quarantines before going on duty, and tasked with keeping their workspaces neat and tidy to prevent the virus’s spread.

“When occasionally we have to bring someone from outside into our bubble for work on an IT system, for example, we scatter like cockroaches. It’s as if this is the most dangerous thing we’ve ever done in our careers. It’s not being shot at. It’s not flying combat. It’s actually having somebody from outside the bubble arrive inside of here,” Fesler complained. 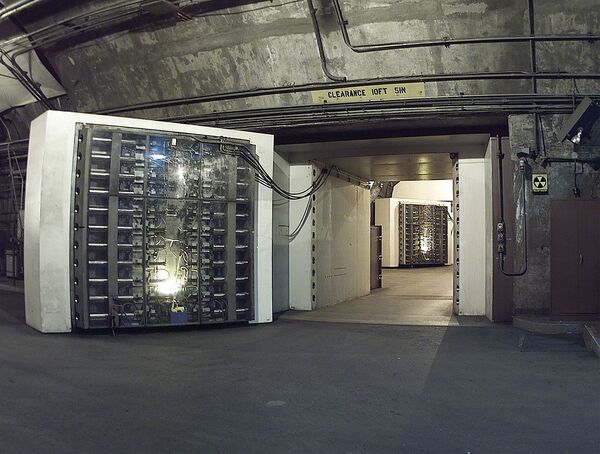 The US military, whose numbers include 1.4 million active duty personnel and over 800,000 reserve forces, has reported roughly 4,000 cases of COVID-19 to date.