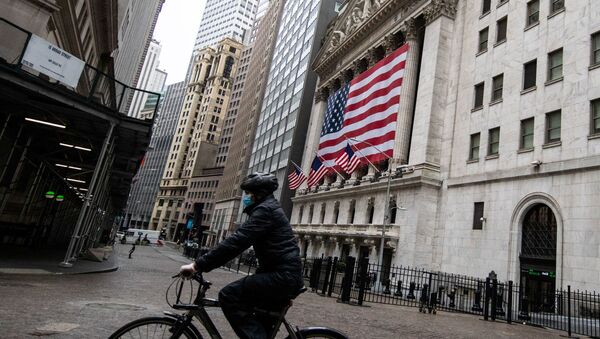 © REUTERS / JEENAH MOON
Subscribe
Svetlana Ekimenko
All materialsWrite to the author
According to the United States Department of Labor, the US now has 26.5 million people who have filed for initial unemployment claims since mid-March after losing their jobs amidst the COVID-19 pandemic, putting an end to over 100 months of record job growth. 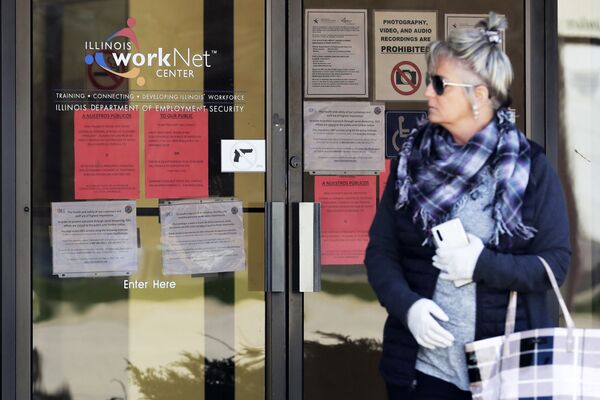 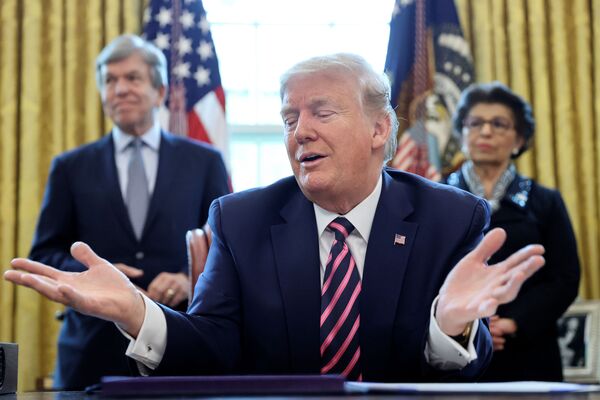 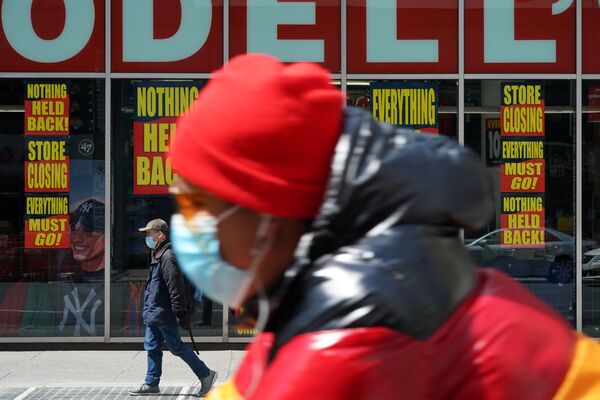 A man wearing a mask rides past a Modell's store that is closed, as retail sales suffer record drop during the outbreak of the coronavirus disease (COVID-19) in New York City, New York, U.S., April 15, 2020.
© REUTERS / BRYAN R SMITH