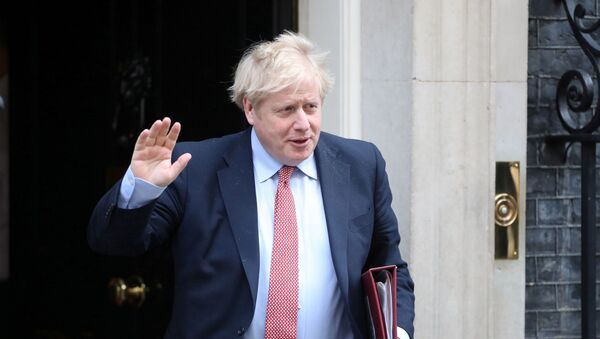 Boris Johnson, who has recently recovered from coronavirus, is set to chair his first cabinet on COVID-19 on Monday and is expected to unveil a strategy for gradually easing the lockdown restrictions imposed on the UK.

A live video shows the situation outside the Downing Street as British Prime Minister Boris Johnson makes his first public appearance days after being discharged from a hospital where he'd spent a week, including three nights in intensive care, after being diagnosed with COVID-19.

The prime minister was admitted to the hospital on 5 April and since he was discharged on 12 April he hasn't been involved in any government work amid the recovery process.