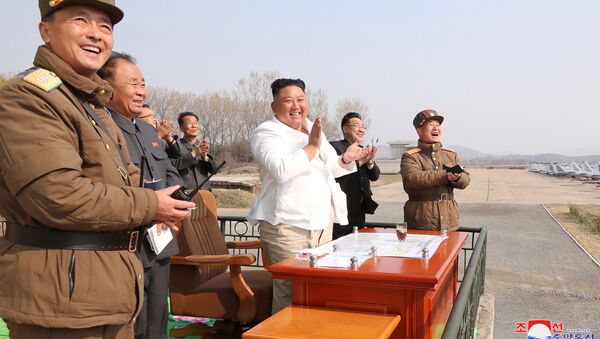 © REUTERS / KCNA
Subscribe
International
India
Africa
The global news media has been speculating about the possible demise of North Korea's leader, since he missed an annual ceremony commemorating the birthday of his grandfather on 15 April. Kim Jong-un has not been publicly seen for more than two weeks now.

North Korean Leader Kim Jong-un has thanked builders working in the east coast region of Wonsan, according to a Monday report by the country’s main newspaper Rodong Sinmun, as quoted by South Korea's Yonhap News Agency. According to the Seoul-based media, a similar report has been creleased by the Korean Central Broadcasting Station.

“Supreme Leader Kim Jong-un has sent his appreciation to the workers who devoted themselves to building the Wonsan-Kalma tourist zone,” Rodong Sinmun has been quoted as saying.

The Wonsan-Kalma is a tourist zone under construction that has been closely monitored by Kim Jong-un, who previously sent a similar greeting to the local builders this February. On Saturday, the US think tank 38 North reported that satellite imagery showed a train, allegedly belonging to the North Korean leader and his family, parked at the elite resort area on 21 and 23 April. 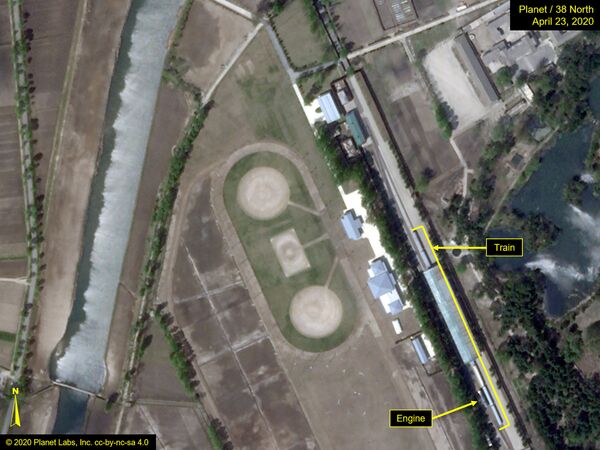 The report said that the train was spotted at the railway station reserved for use by the family of the North Korean supreme leader, however, the analysts stopped short from concluding that the presence of the vehicle anyhow indicated that Kim Jong-un was there, neither it shed any light on the state of his health.

The news comes following conflicting reports that Kim Jong-un might be in “grave condition” or even dead following alleged heart surgery this month. The speculations emerged after the North Korean leader missed an annual ceremony commemorating the birthday of his grandfather and the state founder, Kim Il-sung, something which he has never done since assuming the position in 2011. The DPRK’s head has not been publicly seen since 11 April, when he was presiding over a Workers’ Party meeting, according to the state media, and no footage of him has emerged since.

'I'll Be Shocked If He's Not Dead': Lindsey Graham Addresses Rumors of Kim Jong Un's Alleged Demise
However, South Korean officials dismissed rumours about Kim Jong-un’s alleged demise or poor health, with a senior foreign policy advisor to President Moon Jae-in, Moon Chung-in, telling the US media on Sunday that the North Korean leader was “alive and well” and had been staying in Wonsan area since 13 April.

“No suspicious movements have so far been detected”, the official told CNN.

US President Donald Trump has also argued that he believed that earlier reports about Kim John-un’s deteriorating condition were “incorrect”.