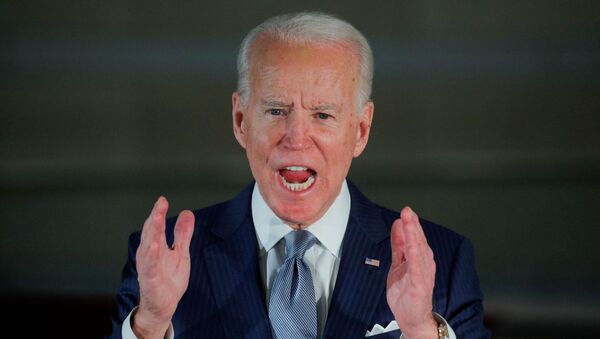 Former Senate aide Tara Reade formally filed a criminal complaint earlier this month regarding Senator Joe Biden’s alleged 1993 sexual assault against her, communicating that she is willing to testify under oath and cooperate with law enforcement if deemed necessary.

Tara Reade, a former Senate staffer who has accused former US Vice President Joe Biden of a sexual assault dating back to 1993 has vented her disappointment over CNN anchor Anderson Cooper failing to ask the 2020 presidential election candidate about the allegation on two occasions, reported Fox News.

Tara Reade, who formally filed a criminal complaint earlier in April regarding the assault dating to a time when Biden represented the state of Delaware in the US Senate, spoke with progressive podcast host Katie Halper about the incident over a month ago.

Since that time, Joe Biden has given around a dozen TV interviews with a plethora of news anchors, including NBC News' Chuck Todd, ABC News' George Stephanopoulos, and on two occasions with Anderson Cooper. Not one, laments Reade, questioned the 2020 Democratic presumptive nominee about her public claim.

"I think it's shocking that this much time has passed and that he is an actual nominee for president and they're not asking the questions. He's been on “Anderson Cooper” at least twice where he was not asked… I guess my question is, if this were Donald Trump, would they treat it the same way? If this were Brett Kavanaugh, did they treat it the same way?" Reade said on Fox News.

Deploring a situation where politics and political agenda are interfering, in her opinion, with objective reporting, Reade suggested that the news anchors interviewing Biden simply "don't want to ask him" about her assault allegation.

"There are two things happening at once. [Biden] is not making himself accessible to be asked the question. And when he does make himself accessible, they are not asking, those anchors. And so that tells there may be a political agenda behind that and that's gross. ... I'm a survivor and I would like the question asked."

Revealing how response to her allegations or lack of has shifted her opinion of some journalists and media outlets, Reade said that it was difficult to know "what news source to trust", remarking that shows like the one hosted by Anderson Cooper manifested "blatant bias."

"I really would look to [Cooper] for answers and I would never do that again. I've lost total respect."

Blast from the Past

A report from The Intercept’s Ryan Grim on Friday brought forth a clip from 1993 as possible evidence to substantiate Reade’s claims that she shared her sexual assault allegations leveled against the former US Vice President with her mother, who died in 2016, her brother and a friend.

In interviews with The Intercept earlier, Reade had mentioned that her mother made a phone call to “Larry King Live” on CNN, seeking advice after her daughter left Biden’s office after “problems” working under a “prominent senator”. 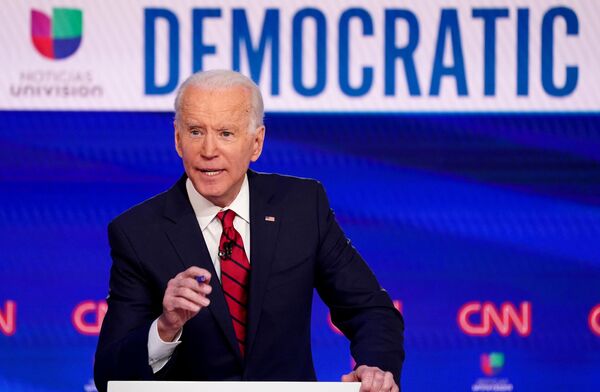 However, neither the date nor the year of the phone call could be supplied by Reade.

Ryan Grim mentioned the clip to Katie Halper in an interview, and a listener supposedly managed to find the call and forward it to The Intercept.

​In the audio of the call a person from San Luis Obispo, California, is overheard discussing her daughter having been forced to leave her job after due to grievances that were never addressed.

At the time, Tara Reade’s mother was a resident of San Luis Obispo County.

Reade subsequently confirmed to Fox News that the woman heard in the clip was her late mother, Jeanette Altimus.

Reade claimed Biden assaulted her in a Senate corridor, putting his hand under her skirt and penetrating her with his fingers.

At the time, Reade was a staffer in his Senate office. The statute of limitations for the alleged assault has passed.

Subsequently, in early April the woman filed a criminal complaint against Biden with police in Washington, D.C.

There has been no official comment from Joe Biden regarding the allegations, with the Biden campaign making reference to a statement earlier this month from Biden Deputy Campaign Manager Kate Bedingfield.

“What is clear about this claim: it is untrue. This absolutely did not happen… Vice President Biden … firmly believes that women have a right to be heard - and heard respectfully. Such claims should also be diligently reviewed by an independent press."